Rapper Mams Taylor picked a beef with the wrong dude last night. He was thrown out of STK after doing what he does best -- bitchslappin' a fool! 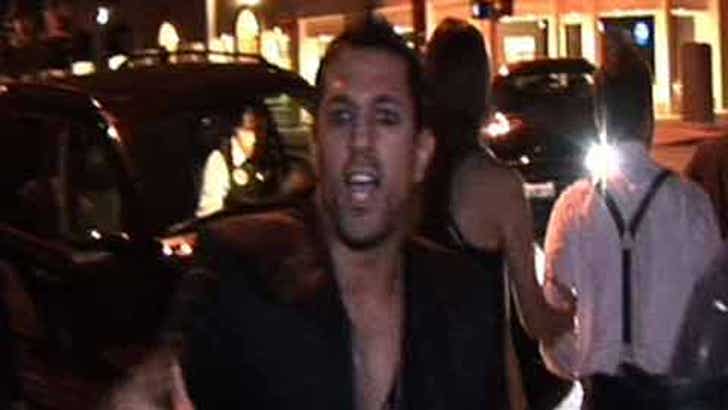 The dude more famous for knocking Jesse Metcalfe on his ass than his "music" showed up at STK late for his reservation, then greased the maitre d' with $200. You would think this story had a happy ending, but the MD began intentionally calling Mams the wrong name -- a slap in the face to someone that famous.

Mams, thoroughly pissed off, tells us he then "touched his [the MD's] face" -- also known as a "bitchslap" -- and said, "Why don't we go outside and discuss this?" The MD, more chicken than #4 on the menu, screamed for security.

As the beefy men headed for the door, Mams grabbed the MD by the neck and said, "You're lucky I'm leaving." In fairness to Mams, we saw him kick Jesse's ass, so he's probably right.