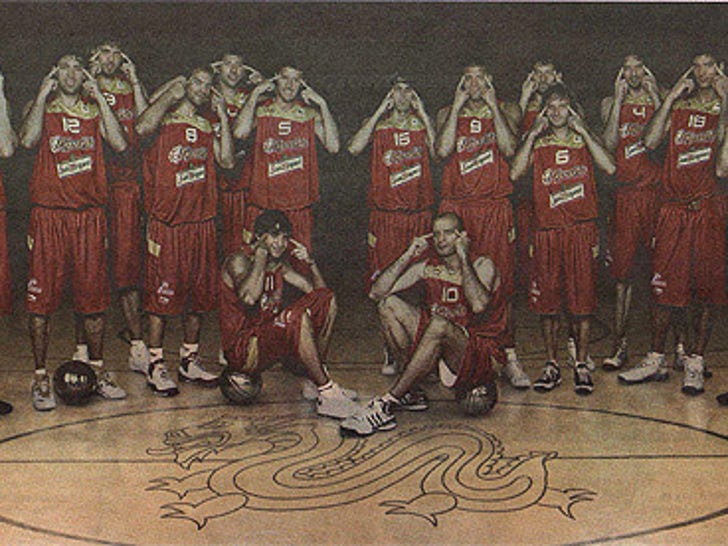 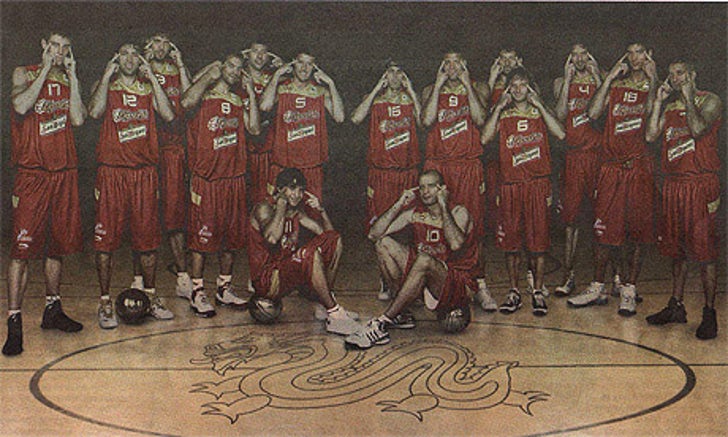 That's basically the apology members of the Spanish Olympic Basketball team have issued to the Chinese people after mocking their eyes in a photograph that ran in a Spanish newspaper.

In a statement, Spain's Pau Gasol -- who's also a Laker in the NBA -- said, "It was something like supposed to be funny or something but never offensive in any way. I'm sorry if anybody took it the wrong way and thought it was offensive."

But wait -- it gets better. Another Spanish player, Jose Calderon -- who also plays for the Raptors -- wrote on his blog, "We felt it was something appropriate, and that it would be interpreted as an affectionate gesture." He added, "Without a doubt, some ... press didn't see it that way." DUUUUHHHHH!!?!?!!?

Confucius say: It's not wise to make fun of those who are different from yourselves.