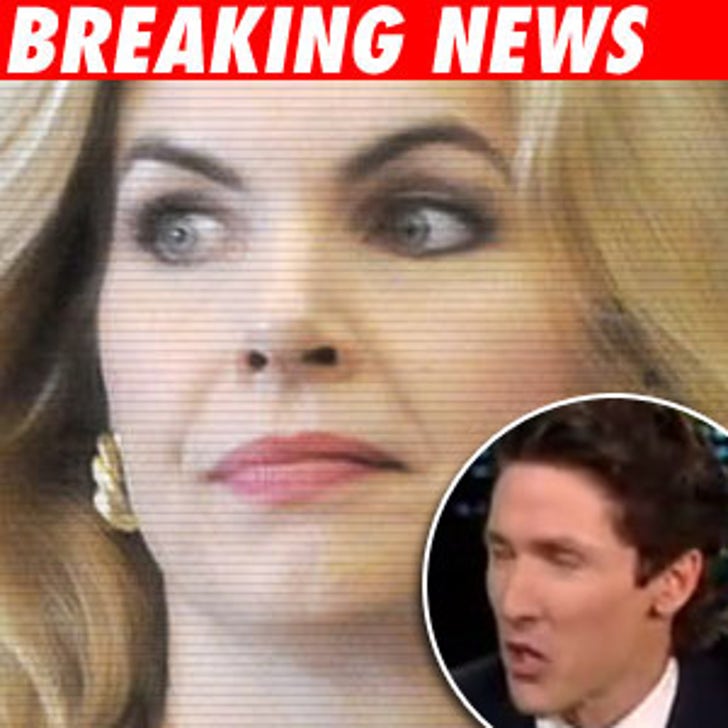 Megachurch preacher's wife Victoria Osteen did not assault a flight attendant over a stain on her first class seat, a civil jury in Texas has ruled.

The jurors rejected Sharon Brown's claims that pastor Joel Osteen's wife caused her mental and physical harm -- even giving her hemorrhoids-- by going off on her on a 2005 flight from Houston to Vail, Colo.

Brown had said Miss Victoria went berserk when a spill on the armrest of her seat wasn't cleaned up quickly enough. Brown said the preacher's wife slammed her against the lavatory door, and elbowed her in the breast as she rushed the cockpit. A jury unanimously decided Brown's story was full of holy baloney and awarded her zilch.

Brown had sued for 10% of Osteen's net worth.