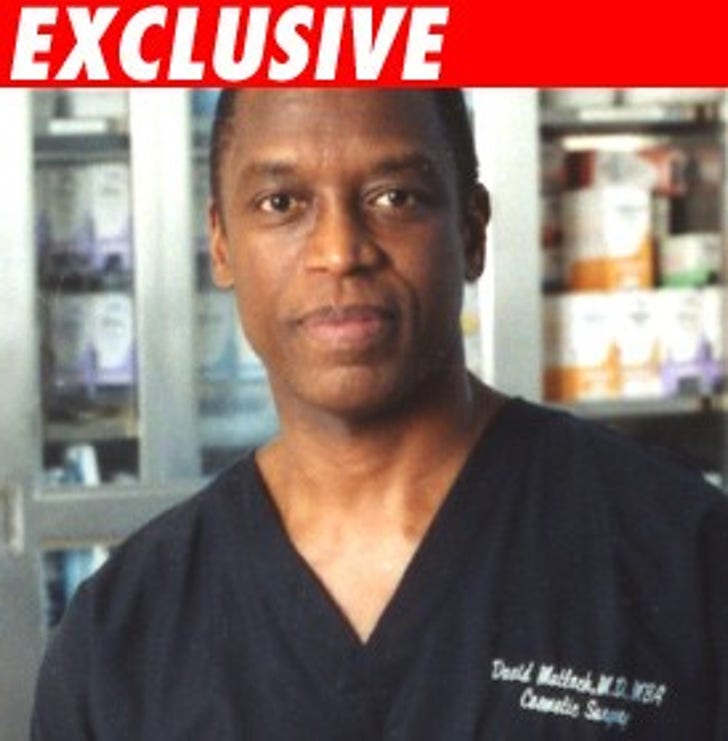 One of the stars of "Dr. 90210" has a patient who claims he doesn't have the stomach to bear what Dr. David Matlock did to him.

TMZ obtained a lawsuit, filed today in L.A. County Superior Court, in which Kevin Hawkins claims Dr. Matlock verbally promised that he could give Hawkins a V shape waist and a flat stomach after undergoing liposculpturing.

Hawkins says the results were not even a possibility because he had "macerate fat" behind his intestine.

Hawkins says as a result of the surgery "he endured pain ... as well as substantial psychological trauma from his disappointment." He's asking for $500,000 in pain and suffering. And we're asking him to give us that amount for having to read about his intestines.