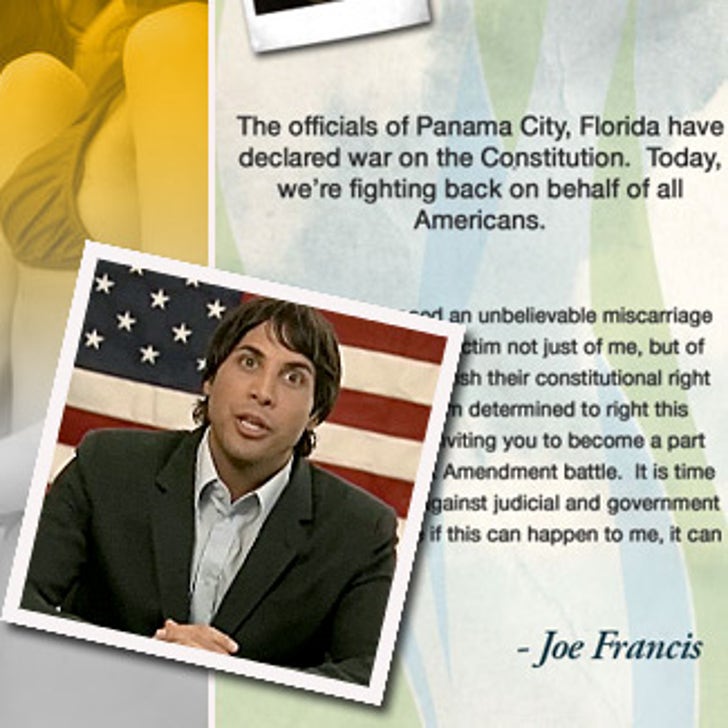 One day, you're shooting chicks and their boobs -- and then all of a sudden you're the freakin' A-C-L-U?

Apparently that's what Joe Francis thinks: He's going after the judge who threw him into jail last year for filming underage girls (a charge to which he plead no contest), and he's calling his crusade "an important First Amendment battle."

Joe insists what happened to him could happen to you, too. You mean, like, making hundreds of millions of bucks by videotaping drunk floozies? Sign us up!

We called the people he's ranting against -- haven't heard back.