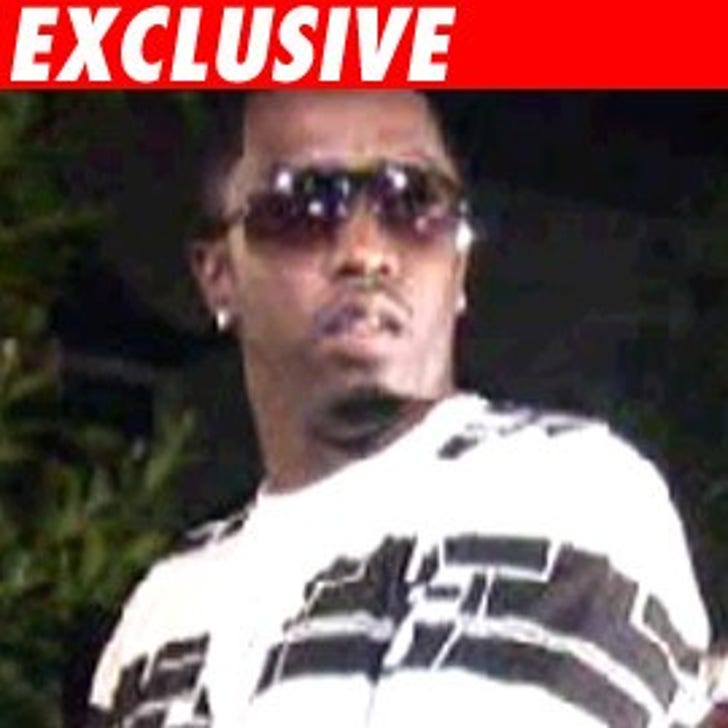 Diddy was introduced to the barrel of a gun early this morning.

Law enforcement sources tell TMZ at around 3:00 AM, Puff Daddy, aka Diddy, aka Sean "Puffy" Combs, aka Sean Combs, was being driven by an entourage on the Sunset Strip. One of the cars didn't have proper tags and deputies from the L.A. County Sheriff's Department made the stop.

We're told the other three cars in the entourage stopped as well. It's Sheriff Dept. policy to call for backup when other cars linger at a traffic stop. Backup arrived and the driver of the second car became "extremely uncooperative," to the point he had to be detained. At that point, Diddy and the remaining five or six members of the entourage got out of their cars and began walking toward the detained member of their posse.

That's when one deputy drew his weapon, not knowing what the dudes were up to. We're told at the time the weapon was drawn, deputies did not know Diddy was part of the group.

Ultimately things became peaceful, the detained guy was let go and everyone lived happily ever after ... for the rest of the night. BTW, the guy who was stopped -- turns out he was in a rental car so he wasn't ticketed.