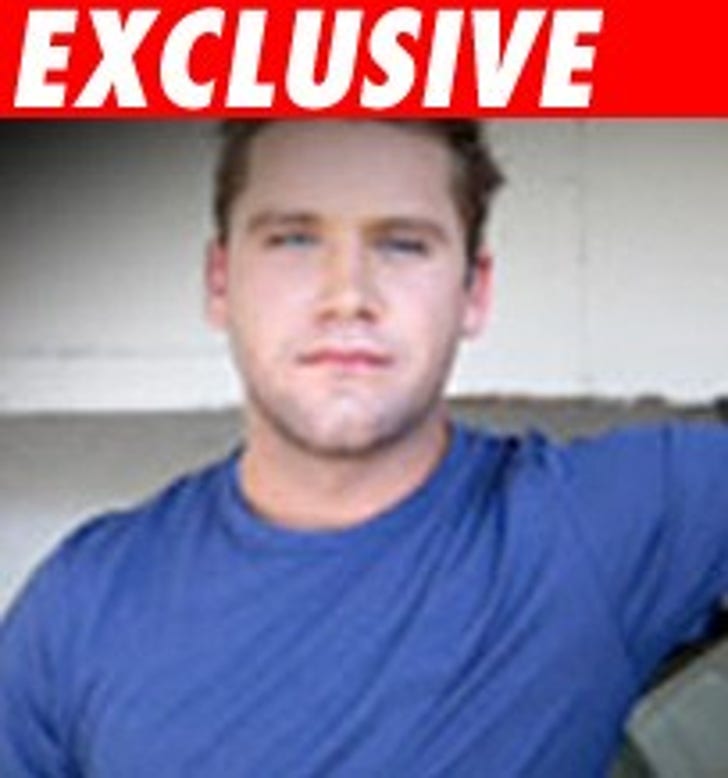 An alleged stalker -- as crazy as they come -- is on the loose in Beverly Hills after escaping from custody ... and the only guy guarding him was an unarmed psychiatrist who was taking him for a ride.

Nicholas Marino has been in custody on charges of allegedly stalking and terrorizing Janet Peterson, the ex-wife of trainer to the stars Gunnar Peterson. Marino was in the middle of a love triangle that torpedoed the Peterson marriage and created divorce warfare.

We've learned several weeks ago Marino, who was in custody, was released to a psychiatrist to go to a secured psychiatric facility. The psychiatrist drove him without any accompanying cops. The theory was he was not an escape risk because he had been tranquilized, but scratch that -- Marino escaped and has been in the BH area for weeks. We're told he is armed and is extremely dangerous. Law enforcement sources say they almost caught him yesterday, but didn't.

In 2006, Marino allegedly broke into Janet Peterson's home and was stabbed by a security guard who was hired to protect her from Marino.

UPDATE 11:59 PM PT: Sources tell TMZ -- just a few hours after we posted this story -- Marino turned himself in. He is now in custody.