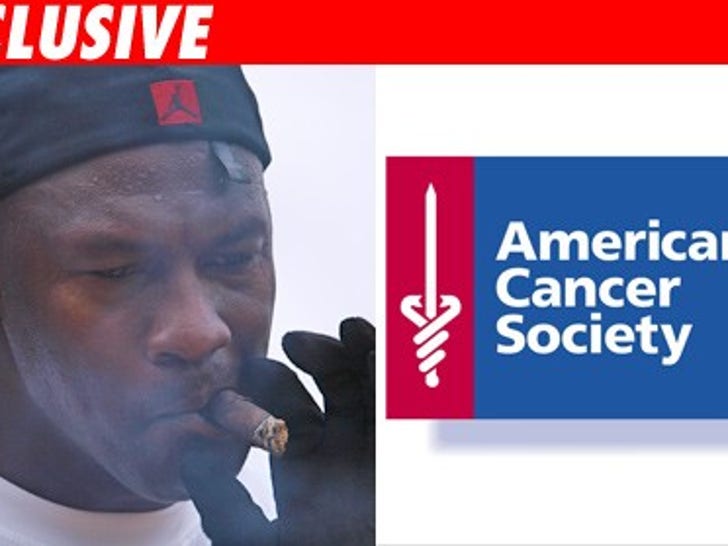 Millions of kids still wanna be like Mike -- and according to the American Cancer Society, that's a bad thing. 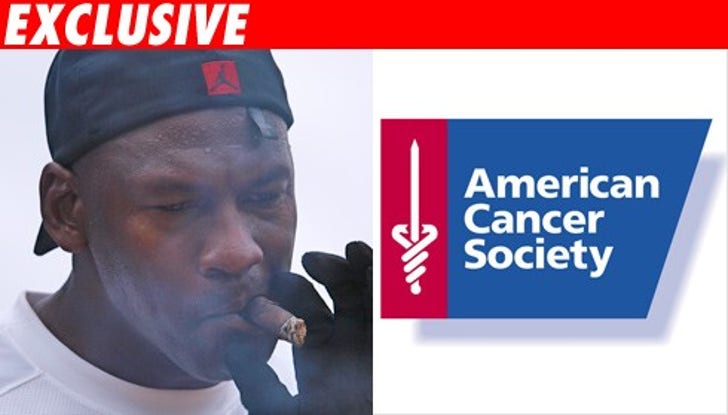 The ACS is fuming over several photos TMZ posted earlier of MJ playing softball with a fat stogie hangin' out of his mouth. Now, the ACS has unleashed a mouthpiece of their own, their former president Cary Presant MD, who told us, "When high profile athletes publicly display unhealthful habits they can mislead young people to emulate their behavior. According to the American Cancer Society tobacco use in this country is responsible for 1/3 of all cancers and remains the most preventable cause of death in our society. 8.6 million Americans suffer from chronic smoking-related disease. Since 1964 smoking has cause more than 12 million premature deaths in the U.S."

Calls to Jordan's reps were not returned.