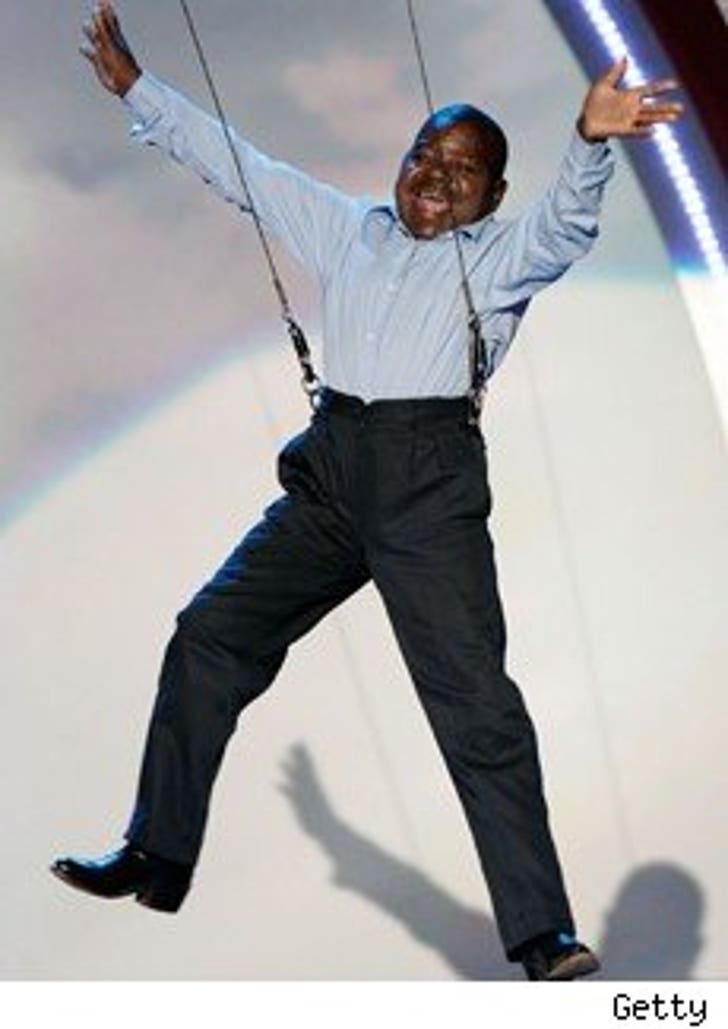 Gary Coleman blasted a man with his car yesterday after he and the victim allegedly argued inside a bowling alley -- and both sides are telling completely different stories as to what really went down.

Coleman's bodyguard told ABC4 that 24-year-old Colt Rushton approached Gary and his wife late Friday night at a Payson, Utah 10-pin and asked to snap a cell phone photo of the "Diff'rent Strokes" star. After Gary said no, Rushton continued to harass Gary -- and was eventually hit by Gary's truck after darting behind it while Coleman was leaving at around midnight.

Rushton's more violent side of the story goes like this: He says Gary's wife snatched his cell phone from him, and Coleman threw several punches at him before getting behind the wheel. Colt said he was trying to get his cell phone back when Gary threw his truck into gear and backed into him, knocking him to the ground.

Colt was treated and released from a local hospital. Coleman also hit another car.

No arrests or citations were given but police say alcohol may be a factor. It's still under investigation.