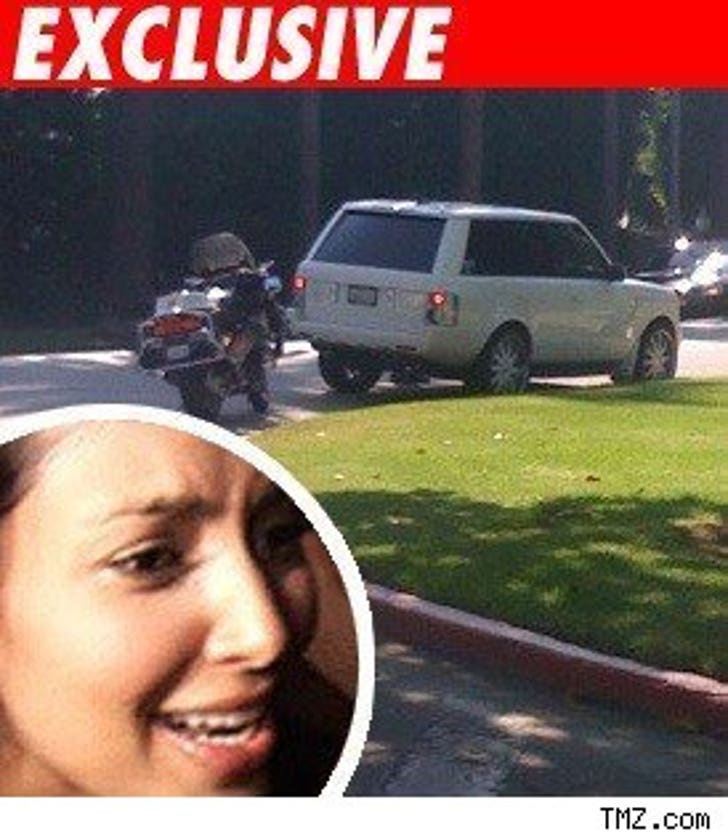 It's not exactly OJ, but guess what we found out? Kim Kardashian has the long arm of the law around her waist -- she was popped yesterday for speeding in a school zone.

It happened in Bev Hills, when Kim was going from "Dancing With the Stars" rehearsal to her home to shoot the even lamer "Keeping Up with the Kardashians." She took it like a man, not even arguing with the officer who cited her for speeding as well as driving with tinted windows.

Who says Khloe's not an influence on KK?