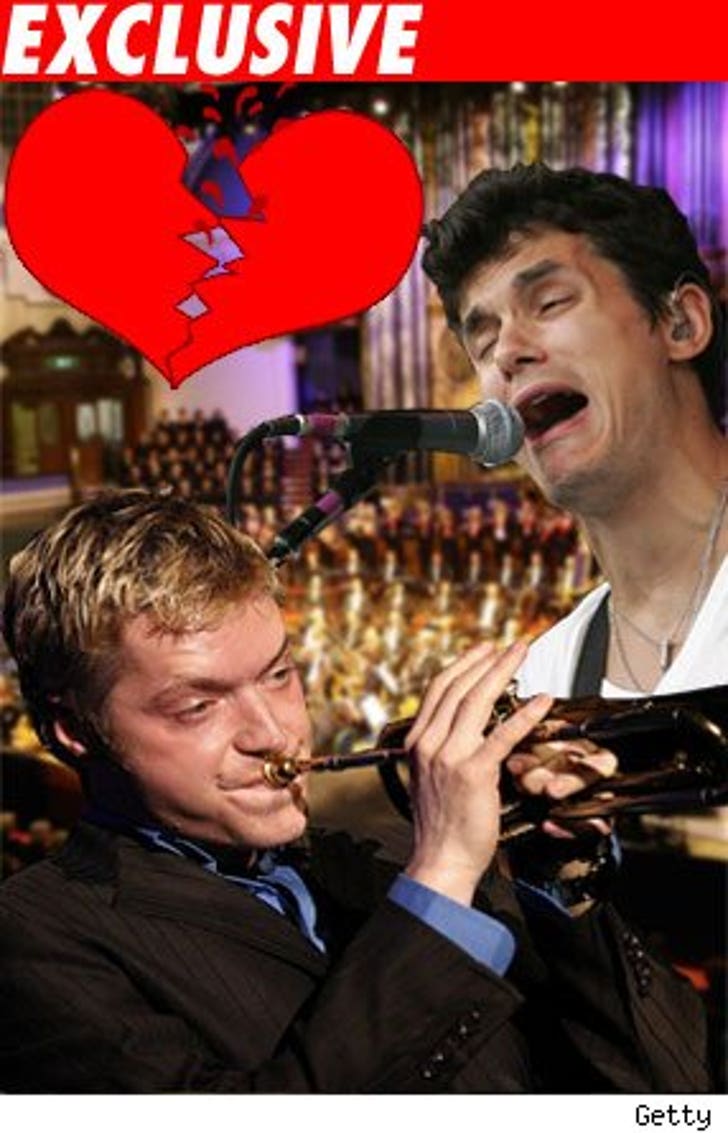 John Mayer almost broke someone's heart last night, and no it wasn't her.

Mayer and Chris Botti were doing a concert at the Boston Symphony Hall when the two performed the song "Glad to be Unhappy" by Frank Sinatra. A prescient Botti noted it's a song that truly breaks your heart.

Suddenly an elderly gentlemen in the front row dropped to the floor and appeared to be having a heart attack.

Now we're told the older dude had a cardiac disorder and fainted, but it wasn't a heart attack. He was taken to the hospital.

BTW, the concert continued, Mayer and Botti did the same song later in the night without incident!