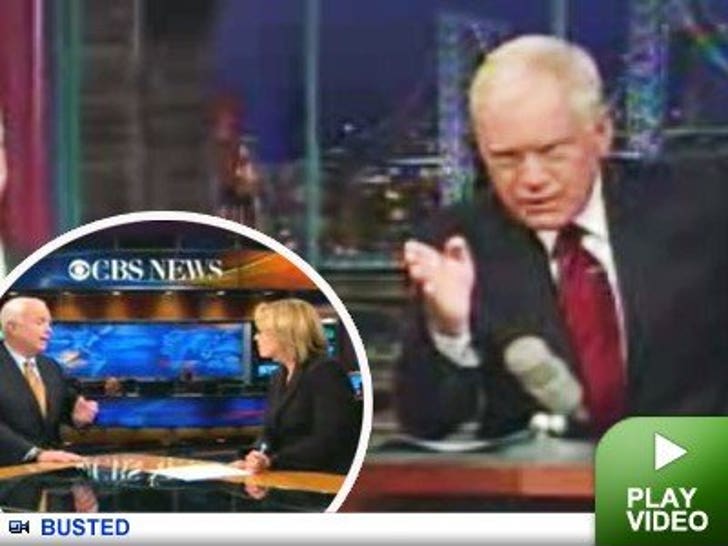 David Letterman absolutely tore John McCain a new one on Wednesday's show, after McCain supposedly called Dave at the last minute to cancel his appearance because he had to "race to the airport" to go watch after our crappy economy. 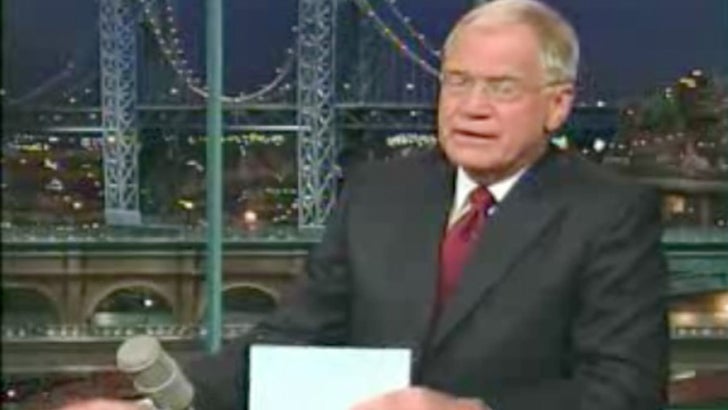 But here's the kicker: Later on, Dave cut to live footage of Johnny boy getting his makeup done for an interview with Katie Couric -- only a couple blocks away from Dave's studio and far from an airport.

After Dave busted McCain with his pants down, he used the opportunity to rail his elder some more.