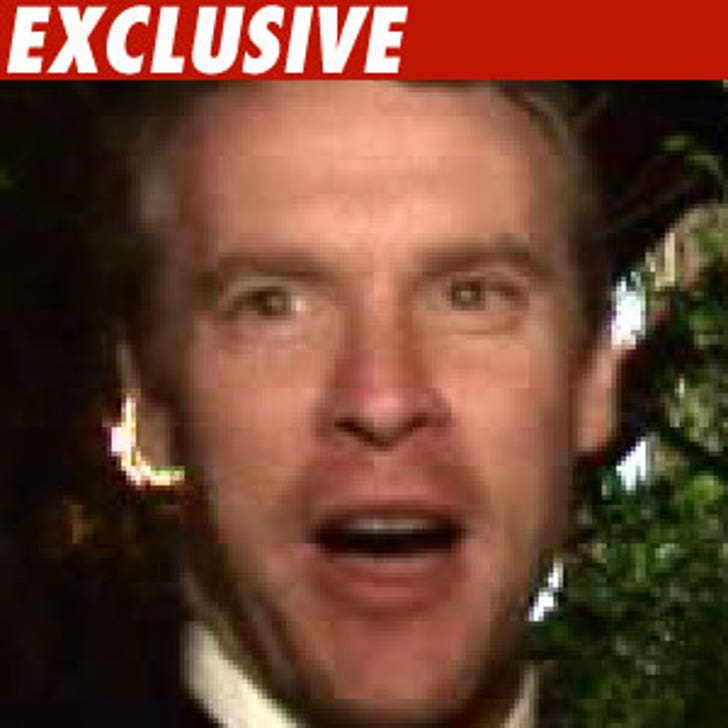 Former "OC" star Tate Donovan probably can't wait to get the heck out of town now that his divorce is final -- and we know just how he's gonna do it.

According to his divorce settlement filed last month, Donovan got off pretty easy from his short marriage to Corinne Kingsbury -- one of the topless chicks from the famous K-Y wrestling match scene in "Old School." He only has to pay spousal support in the form of a one-time payment of $55,000. He also gets to keep the house, which was in his name only anyway.

He must really love those cocktail nuts.