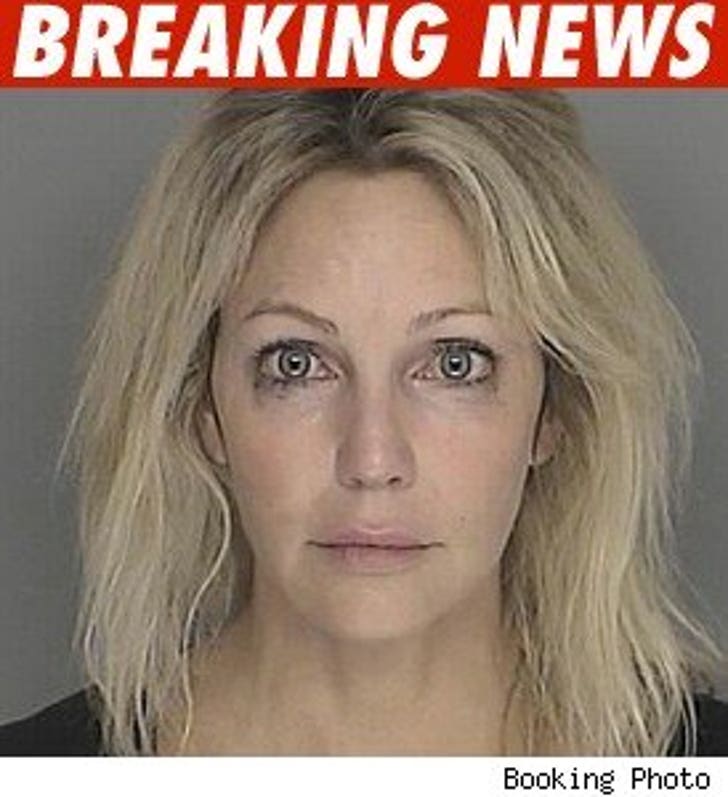 Heather Locklear was arrested last night in Santa Barbara and booked on suspicion of driving under the influence -- cops think she was on prescription meds.

A resident reported Heather was "driving erratically" while pulling out of a parking lot. The California Highway Patrol then found Locklear's car parked on a state highway and blocking a lane. After talking with her, the officer determined she was under the influence of something and arrested her.

She was tested for drugs and alcohol. As we first reported, law enforcement tells us alcohol was not a factor. They are conducting drug tests.