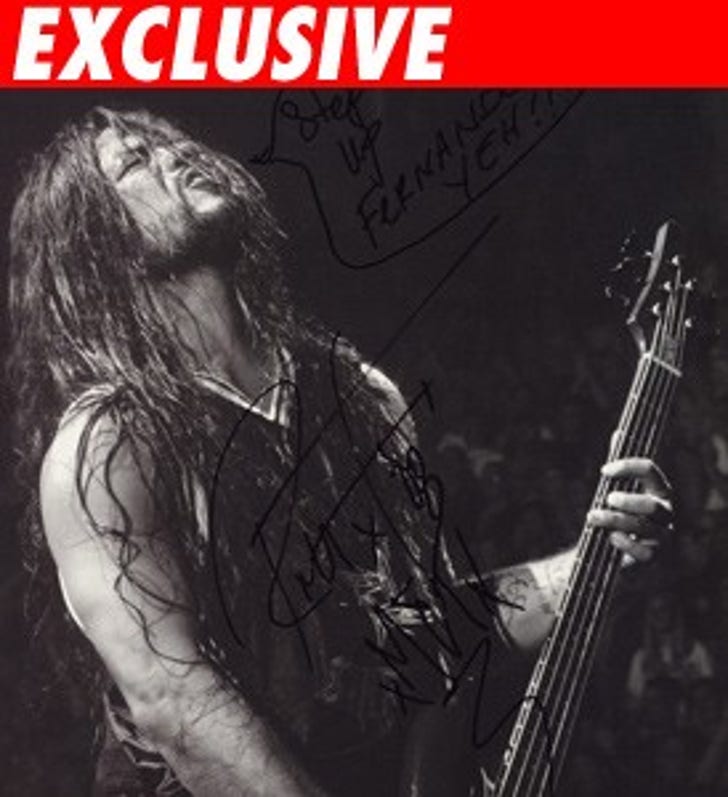 Nothing in life is free -- unless you're famous -- but this time freebees have put Metallica's bass player in the middle of a serious legal battle.

Their new bassist, Robert Trujillo, had an existing promotional deal with Fernades Guitars in North Hollywood. For being able to use his likeness in advertising, Fernandes was giving Robert a pile of custom basses.

But Metallica has its own promo deal with ESP Guitars -- and now that Trujillo is an asset of Metallicorp, their lawyers have slapped Fernandes with a cease and desist letter demanding they no longer use Robert or Metallica's name or likeness.

Rock and roll used to be much cooler than this.