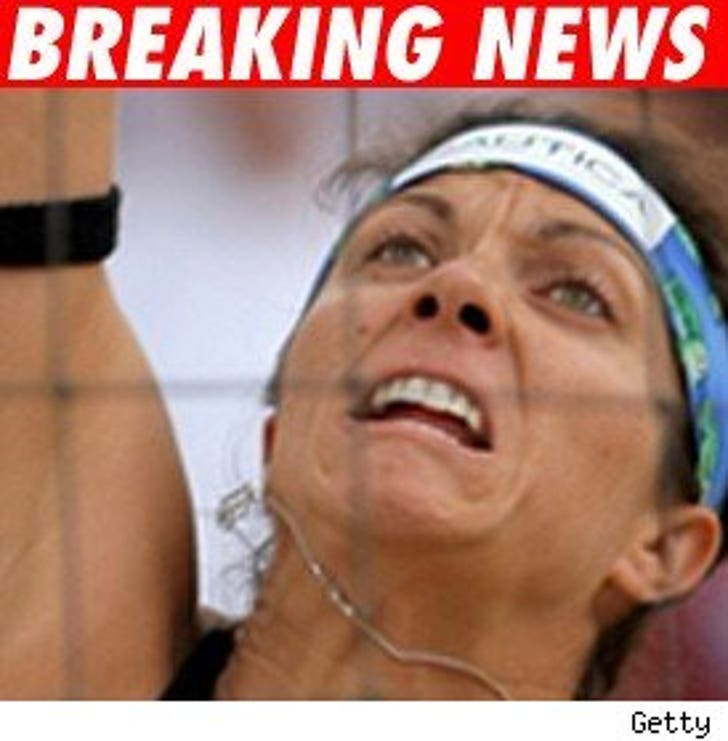 Misty May-Treanor's mantle may only big enough for her gold medals, now that she may be forced out of "Dancing with the Stars" due to an injury during a Friday rehearsal.

Treanor was practicing with partner Maksim Chmerkovskiy, when she had to be taken to Cedars Sinai hospital.

ABC has released a statement regarding Misty's condition, "Dancing with the Stars contestant Misty May-Treanor sustained an injury on Friday and received immediate medical attention. Despite previous reports, she did not break her ankle. She is resting comfortably at home. Doctors will reevaluate her condition on Monday and determine the outcome of her participation on the show."

TV Nurse! Dancing with the Stars