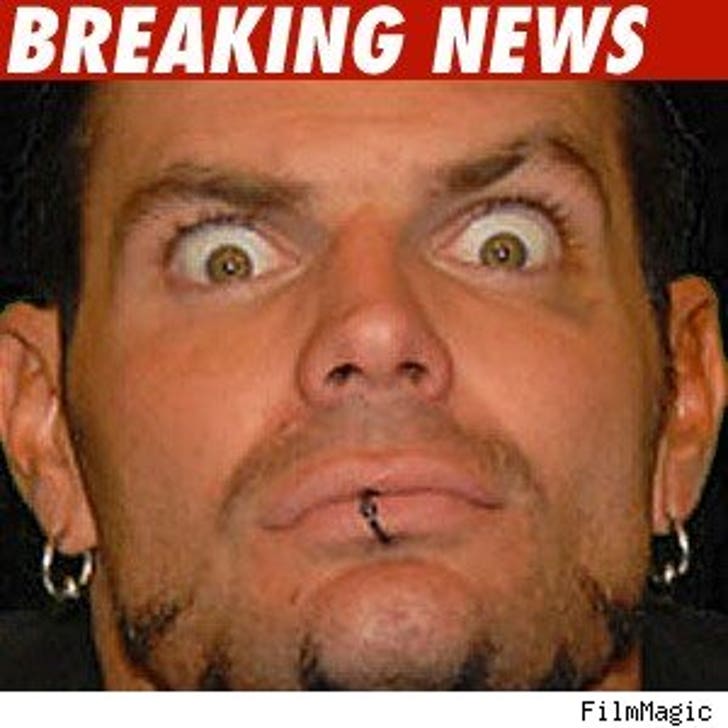 Oft-troubled WWE star Jeff Hardy is finally opening up about the flight he got kicked off of a few weeks ago.

The Baltimore Sun caught up with Hardy at a promotional appearance in Maryland when asked about the airplane incident saying, "I had been drinking a lot, I'm not gonna lie. I guess I was stumbling boarding the plane. I then was asleep when security told me to get off the plane."

Security mentioned he was too drunk to fly. Hardy then "cooperated with security and left the plane."

No further trouble was reported and he was not punished by the WWE. Crazy is as crazy does.