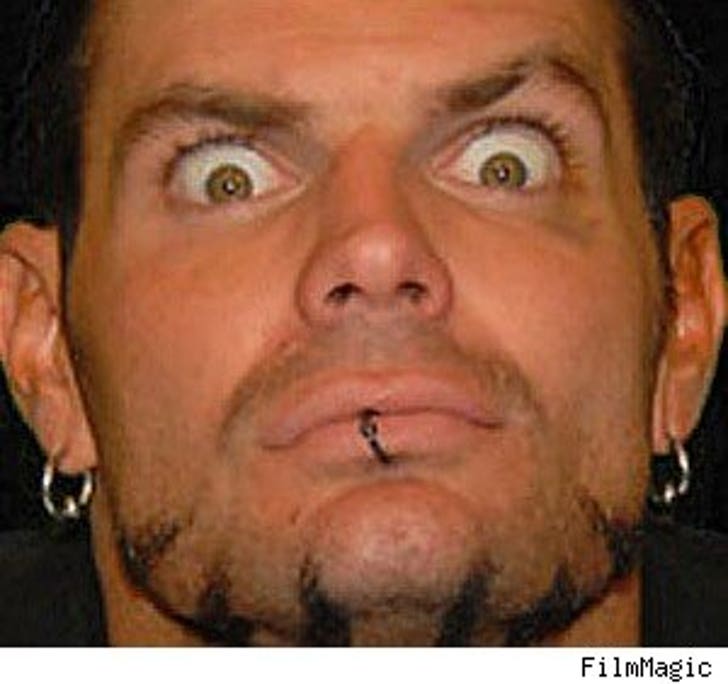 Oft-troubled WWE star Jeff Hardy was kicked off an airplane flight earlier this week, but now the WWE says it won't be his third strike.

Hardy was pegged by Southwest Airlines officials Tuesday at the Nashville International Airport as too intoxicated to board the plane. We're told he found a different way out of town.

The once-fired and two-time suspended WWE star has had his share of drug problems and can't afford a third strike -- which would win him a pink slip.

But the whole thing Tuesday was precautionary -- there was no incident and the WWE will turn a blind eye. And there's this -- Hardy is starring in the next WWE pay-per-view event next month, and that will line the org's pockets nicely.