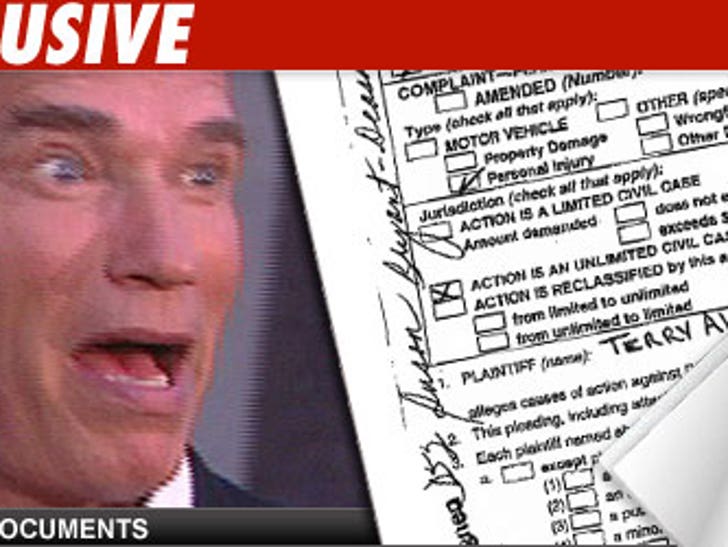 A man in Wasco State Prison in Cal. is suing the Governator Arnold Schwarzenegger, because the guy claims he's developed a debilitating disease in lockdown and blames Arnie for not getting proper medical attention. 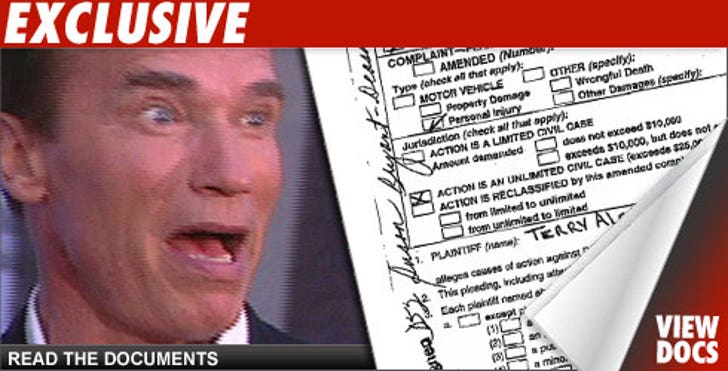 In a hand-written lawsuit filed yesterday in L.A. Superior Court, Terry Alexander claims he's developed "valley fever" -- which is a real disease -- because of the location of the Wasco prison. Terry says he filled out medical papers and even asked for a transfer -- but never received one -- and due to the neglect he's now confined to a "wheelchair for life."