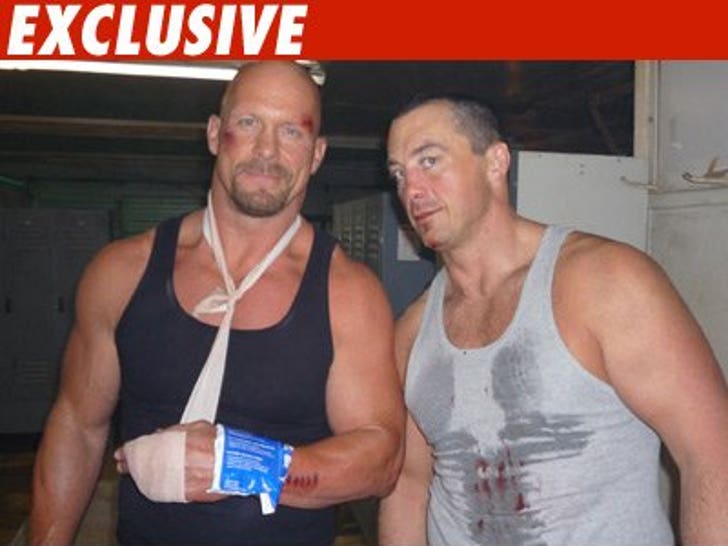 This is what happens when Stone Cold Steve Austin punches you in the face ... for real. 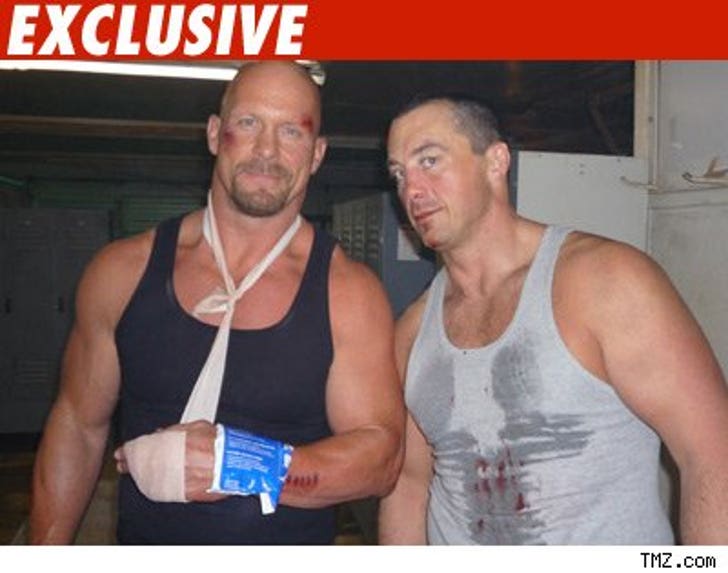 Stone Cold accidentally clocked MMA fighter Paul Lazenby while filming a movie called "Damage." Steve felt so badly about throttling Lazenby's face and giving him black eyes and a broken nose, he mugged for this shot of the two of them -- sling, ice pack, and all. Austin, needless to say, wasn't actually hurt.

Lazenby tells TMZ, "I want to stress that this was NOT a case of negligence or incompetence, just one of those things that can happen even between skilled performers when they're swinging their fists at one another. I don't blame Steve at all."

"He just made a mistake that even the best stunt performers can make (and one of which I'm certainly not innocent). As a guy who's been a stuntman for eight years and a pro wrestler/fighter for 17, I think that I'm a fair judge of ability in those areas and I still rate Steve extremely highly as a film fighter and overall performer. I'd work with him again anytime."

So now you know.