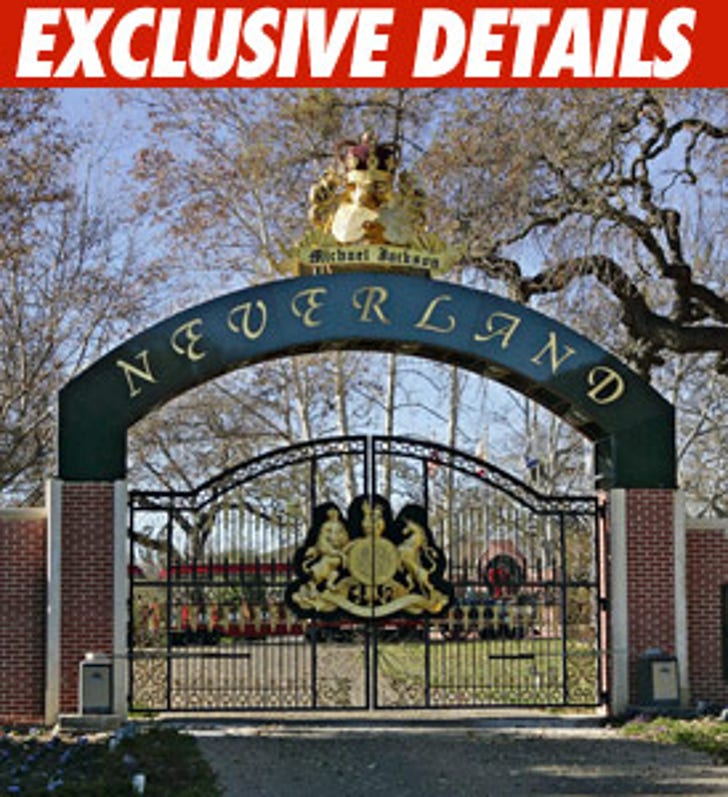 According to official documents, the title to Neverland was transferred Monday to a company called Sycamore Valley Ranch Company LLC. Now here's where the plot thickens.

Sycamore is a joint venture between Michael Jackson and a division of a company called Colony Capital. Colony Capital owns the Las Vegas Hilton, the Red Rock Country Club, and other Las Vegas properties.

TMZ published several stories earlier this year, in which we said Colony Capital bailed Jacko out by buying his $23.5 million Neverland mortgage.

The man behind Colony Capital, Thomas Barrack, Jr. is a Vegas mover and shaker, and there's a buzz in Vegas that Jackson could end up performing at the Hilton and living in the Red Rock Country Club. In fact, we reported this earlier in the year.

So now, Neverland is owned by both Jackson and Barrack's company. Will Jacko perform at Barrack's hotel? Stay tuned.

BTW, we were told the property will NOT BE CALLED NEVERLAND ANYMORE. It will be renamed the Sycamore Valley Ranch, in an attempt to erase those pesky child molestation rumors, even though Jackson was criminally acquitted.