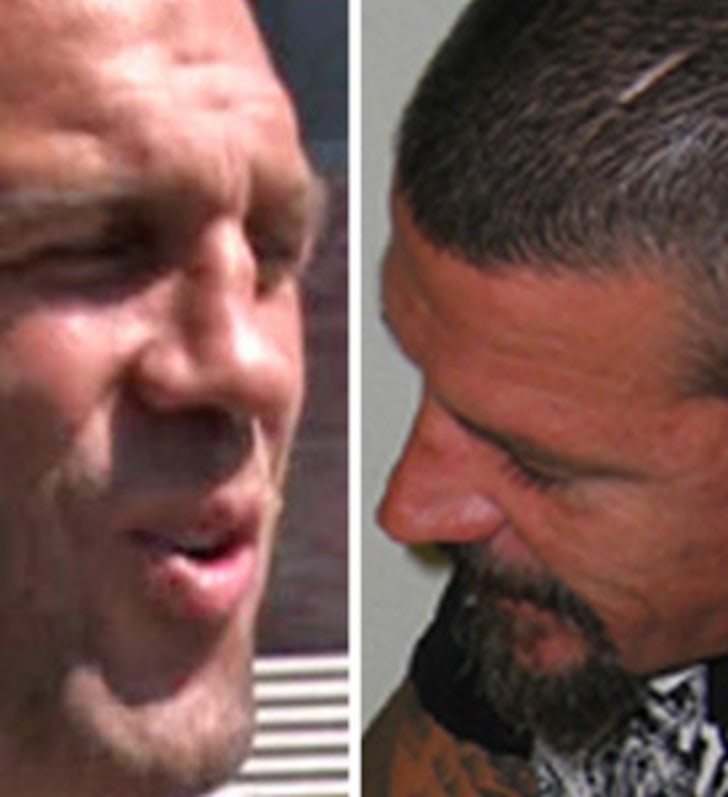 The guy who threatened the wife of UFC champ Randy Couture is blaming booze and a bad temper for making the fighter's life a living hell.

Two days after a judge ordered him to stay away from Couture's wife over a series of nasty threats, Todd Beard has officially quit his job as the president of the Affliction clothing company and says he will seek treatment for anger management and alcohol abuse.

Beard, who's company carried Couture's fashion line, also issued an apology to the UFC champ and his wife, saying that the whole thing started because Beard was "deeply and emotionally hurt by some of their recent business decisions."

Randy and Kim alleged Beard began terrorizing them after they asked him for an accounting of profits.

Couture is set to fight Brock Lesnar in Las Vegas on Saturday night.