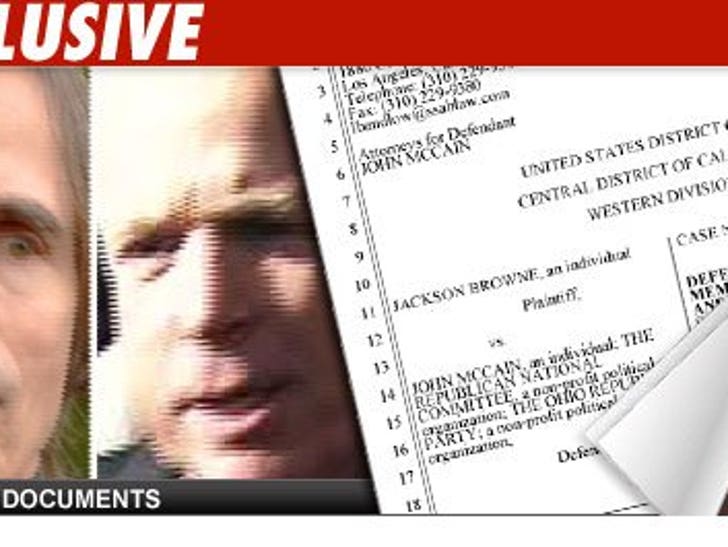 John McCain claims kook-rocker Jackson Browne pitched a fit over the candidate's use of the song "Running on Empty" for one reason -- to make sure Browne's new album won't be running on empty. 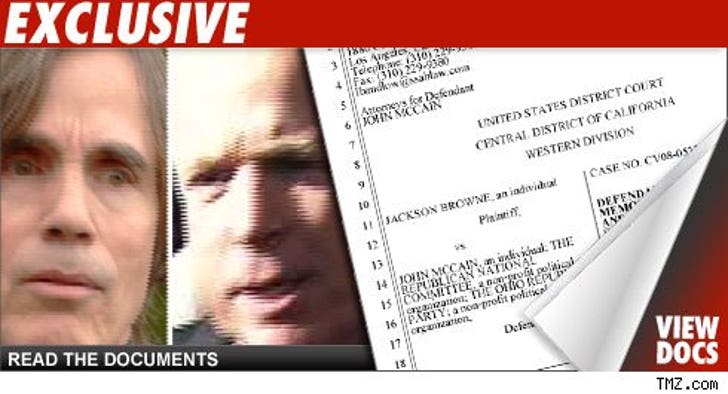 Jackson sued John back in August over the Prez-seeker's use of his song in an Ohio campaign ad about gas prices. Now, McCain's lawyers filed a response, saying Jackson complained so he could get press to promote his new album, which came out a month later.

J-Mac also makes the argument he could use the tune whenever and where he wants because he was running for Prez, not trying to make a buck off it. If the court buys this "political speech as public interest" claim, it pretty much means curtains for a bunch of other musicians who were PO'd about their songs being used by the GOP.