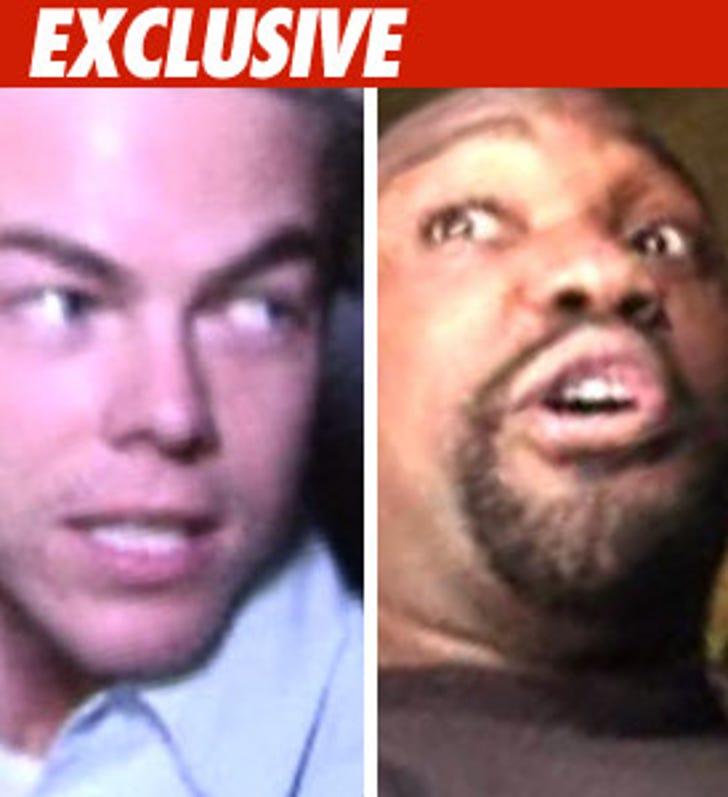 There was an explosion of anger a few days ago on the "Dancing with the Stars" set.

Our sources say it all went down when the remaining professionals and celebs were rehearsing for the group dance that aired last night. Warren Sapp showed up several hours late for rehearsal. When Sapp finally arrived mid-rehearsal, he began complaining he was having a hard time following the routine.

Several dancers complained back that it was Warren's own fault for getting there late. At that point, Sapp snapped, throwing Derek Hough against the wall. Now get this -- all 97 pounds of Derek wouldn't back down.

We're told there was a stand-off in the dance room until they both cooled off and went back to rehearsing.

UPDATE: Derek tells TMZ, "This has been blown way out of proportion. Warren and I exchanged a few words at rehearsal that lasted seconds. The idea that Warren would do physical harm to me or anyone is outrageous. We've all become good friends during the season."