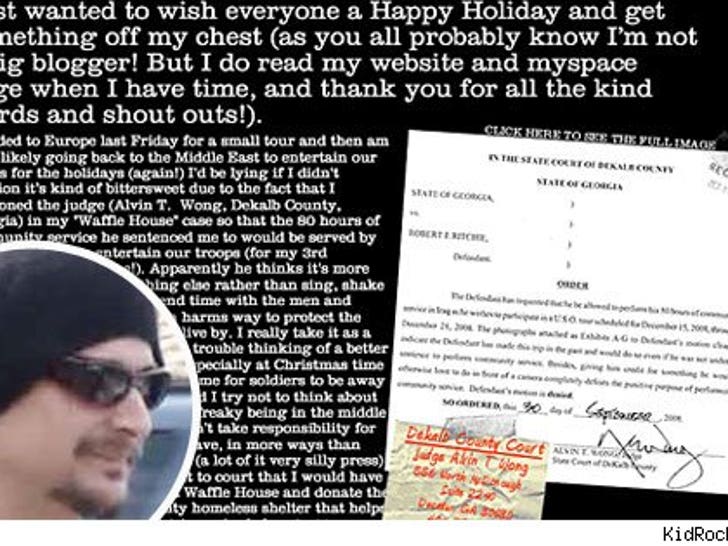 Kid Rock is declaring war on the judge who sentenced him for that Waffle House beatdown last year -- and now the rocker's legions of loyal fans are making the judge's life a living hell. 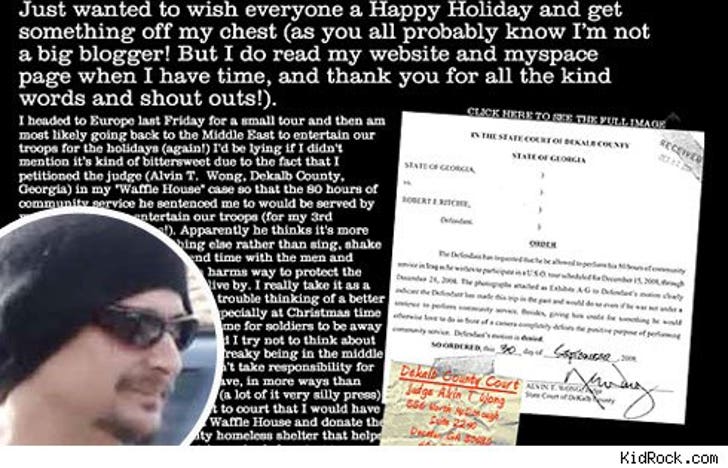 It's all over the judge's decision to not allow Rock's upcoming live performance for the troops in Iraq to count toward his community service. After he was rejected, Rock decided to get even by posting the judge's work information -- including a phone number and email address -- on Rock's official website.

We're told the judge has received over two dozen phone calls since the blog went up, and he's not too happy. Kid Rock's attorney tells TMZ he wasn't consulted by Kid before the blog was posted, and he would have advised otherwise had he known.

Kid still has to serve 80 hours of community service by February 2009. As of right now he has zero hours logged.