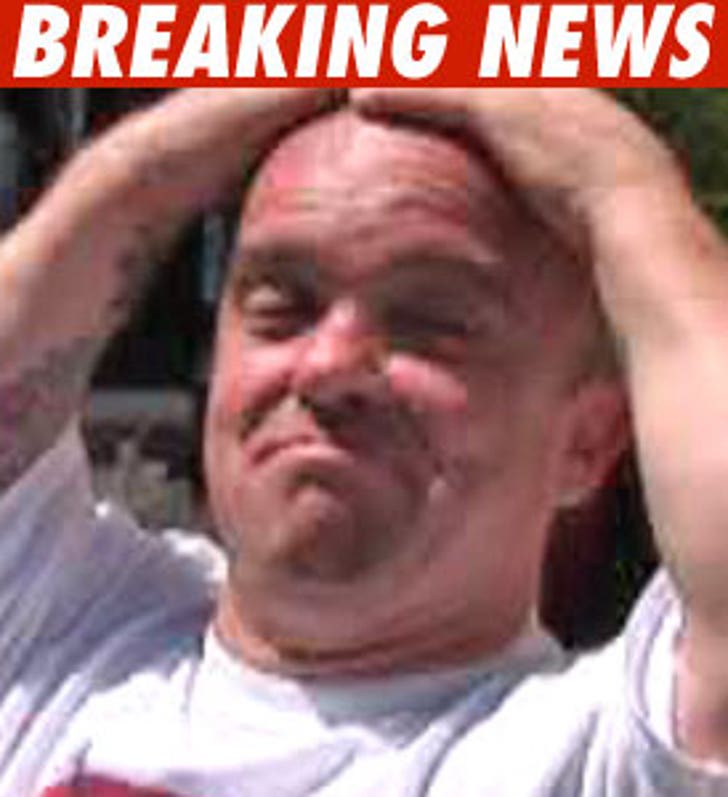 Remember when Wee Man was on that stupid reality show where semi-celebs got to be cops? Well, now he's in some serious hot water over one of the busts he made.

Two women who were arrested by the Jackass star during a "theft-related" incident at a shopping mall in 2006 have filed a lawsuit against Wee and the CBS show "Armed and Famous," claiming they were "falsely arrested" because they wouldn't sign release forms for the show.

CBS aired the footage of Wee chasing the women through a Kohl's department store, but the ladies say they only ran because they were "alarmed by the yelling, cameras and bright lights" -- not because they did anything wrong.

The women were formally charged with resisting law enforcement and disorderly conduct, but the whole thing was dropped a year later. Now they want a "wee" bit of cash for all their troubles.