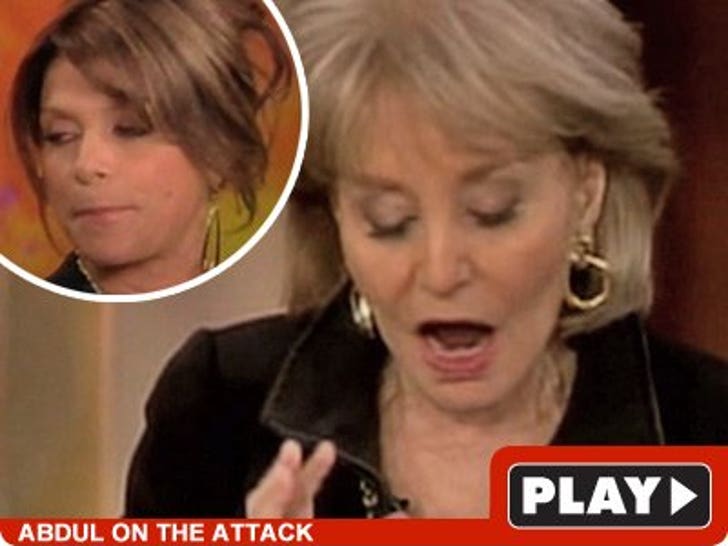 Paula Abdul is pissed off -- and lashing out at "American Idol," claiming she begged "Idol" producers to keep suicidal fan Paula Goodspeed off the show -- but even after the desperate warning, the dangerously obsessed fan made the show anyway.

Just moments ago on "The View," Babwa went into detail about an interview she did with Paula on her Sirius radio show last night, where Abdul also claimed she's the victim of a three-way conspiracy to ruin her career -- and the perps are bigwigs at Fox, "Idol" and Simon Cowell himself.

"Idol" already added a fourth judge to the new season -- which, in Barbara's opinion, will be Paula's last.