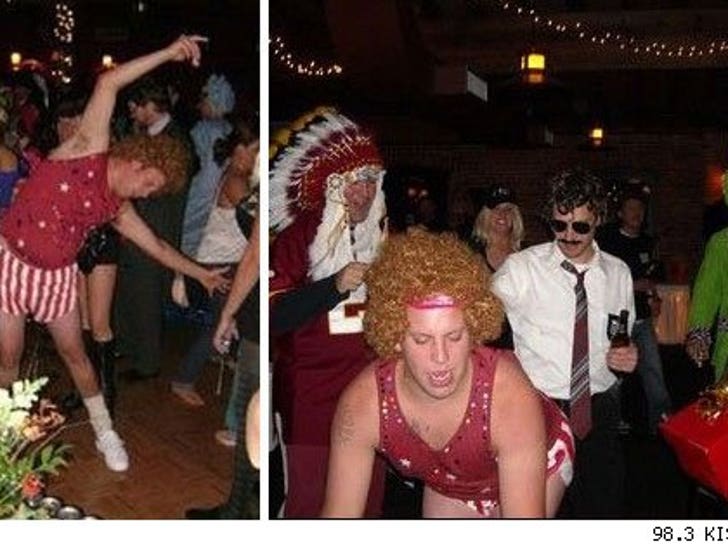 If the photo below seems painful to you, it's because the guy getting his groove on in the Richard Simmons costume claimed he was experiencing "great pain and suffering" from the work of a hypnotist when these were snapped. 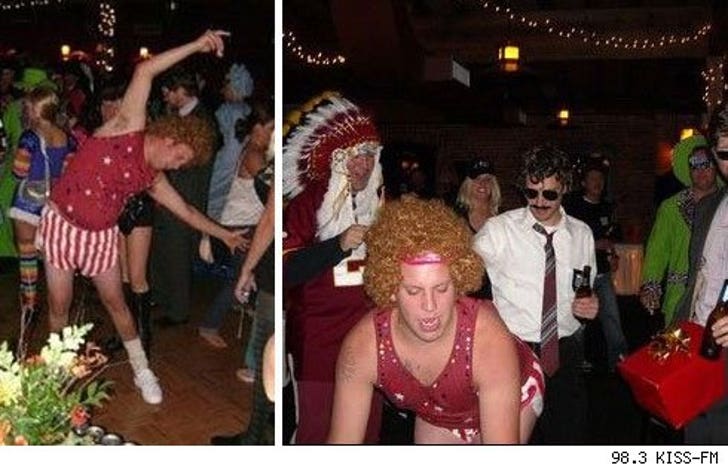 The dude in the wig is Chad Lee ... and these pics were taken on Halloween 2008 -- just four days before he filed a lawsuit against Las Vegas hypnotist Thom Kaz. Lee claims that during a show at Harrah's in 2007, Kaz made him think he was riding a horse ... which trotted off an elevated stage.

When Lee filed the suit -- 4 days after these were taken -- Lee alleged he still experiences "great mental, physical and nervous pain and suffering." Richard Simmons Chad didn't immediately respond to a request for comment.