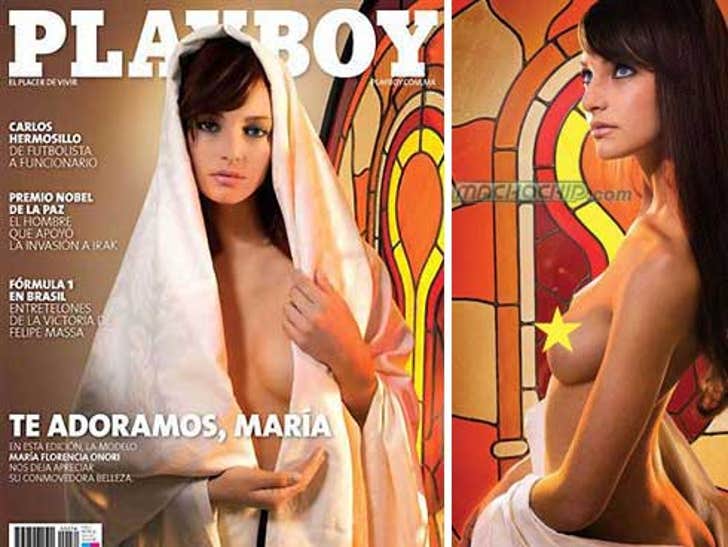 Catholics are raising holy hell over Playboy's decision to put a naked Virgin Mary on the cover of their Mexican edition. 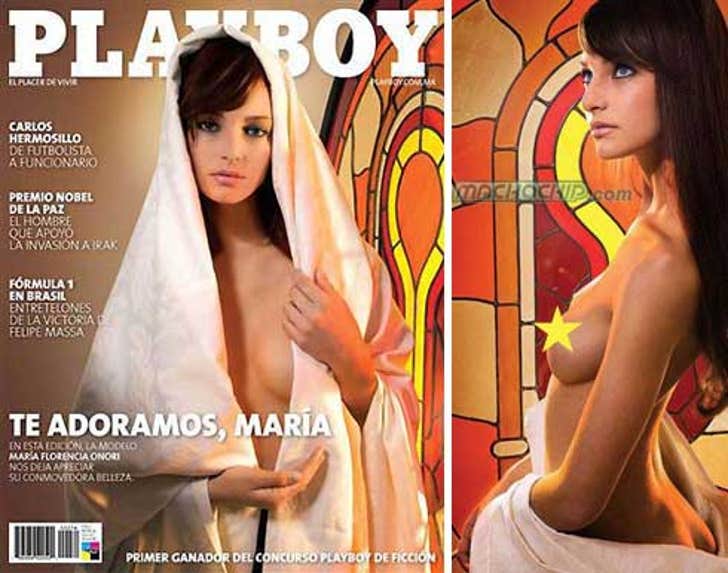 The President of the Catholic League tells TMZ: "Playboy's juxtaposition of the sacred with the profane is a game that many have played, but to exploit Catholicism and insult Latinos in the same breath is novel. The December cover of its Mexican edition demonstrates once again that when it comes to good taste, Playboy remains quintessentially virginal."

We're told Playboy is getting flooded with calls from fathers, sons and holy ghosts.