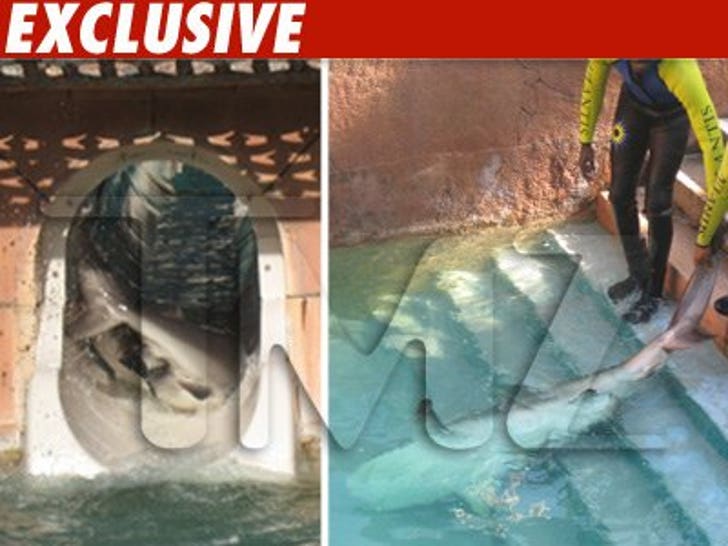 There's nothing quite like taking a cool trip down the water slide at the Atlantis Resort in The Bahamas, plunging into the refreshing pool at the end, and ... HOLY CRAP!! THAT'S A SHARK! 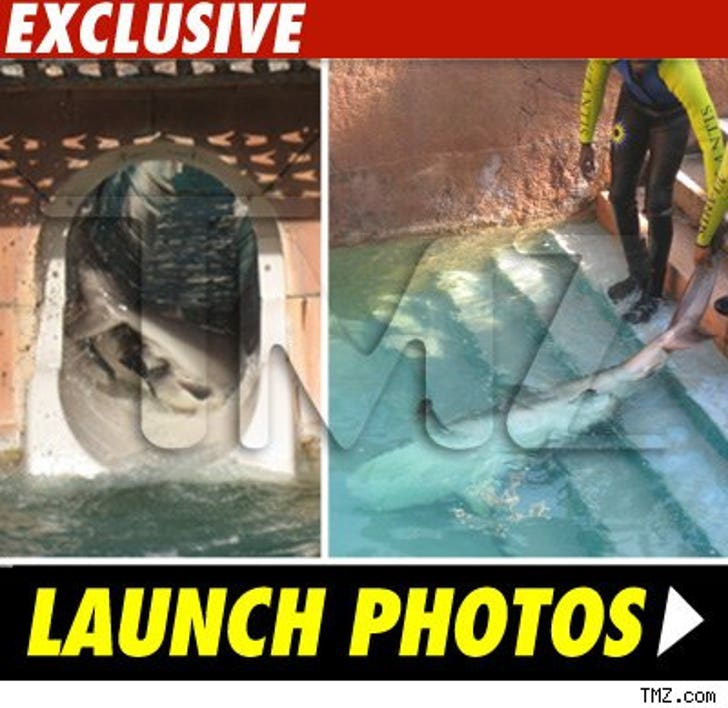 But it was all too real when hotel staff saw that one of the sharks from the famous resort aquarium had somehow jumped out of its tank and onto a nearby water slide -- where it managed to slide down into the pool.

It all went down before the pool opened Tuesday -- so nobody was in the water -- but here's where it gets tragic: A rep for the Atlantis tells TMZ the shark died a short time after swimming in the chlorinated water. Here's the heartbreaking statement:

"Yesterday morning at around 9:30 AM, prior to the resort's waterscape opening to guests, a 12+-year-old female reef shark jumped over an 18 inch wide and 1 foot high sustaining structure into the resort's Leap of Faith water slide.

The Atlantis Aquarists believe the shark was startled by an unusual circumstance that we have no way of defining completely. In the over ten years guests have experienced the Leap of Faith, the reef shark itself, harmless to humans as it is fed regularly by our staff, had shown no previous incidences of leaping out of the water in the marine habitat ...

The Marine Aquarium Operations team responded immediately and was able to retrieve the animal at the bottom of the slide and return the animal to the main marine habitat in an attempt to resuscitate her. Despite the team's best efforts to recover the animal, it died shortly after the occurrence.

There was no danger to our guests or staff, both of whom interact with these sharks daily in our various interactive programs (we have guests enter the shark habitat to swim and interact with the sharks in bathing attire only).

In fact, our concern was for the animal itself who defied nature to take this leap. The entire team at Atlantis is truly saddened by the loss of this animal who had resided in the Atlantis marine habitat for over ten years."