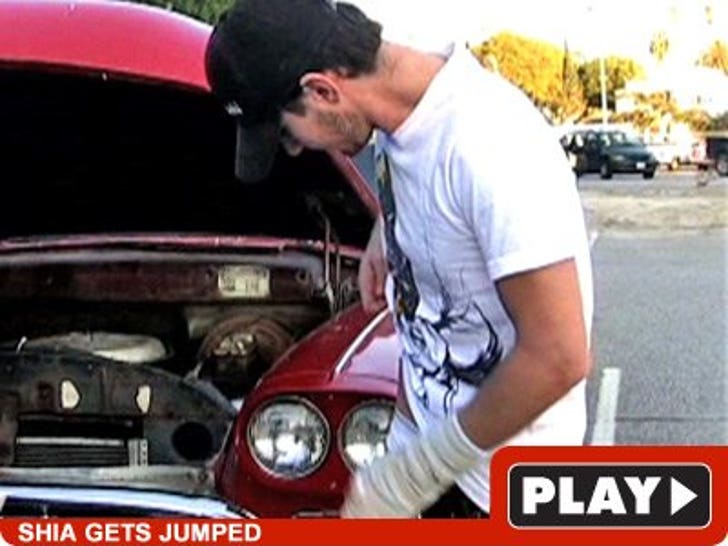 Shia LaBeouf's left hand was so messed up after he flipped his truck, the hand somehow became hip -- literally.

After his 1975 Checker Marathon wouldn't start yesterday he bypassed AAA and hit up the paps for help -- and while they worked on the car, the star showed off his surgery scars and explained how they rebuilt his hand with bone from his hip!

Shia smashed his car back in July. Though he was drinking and driving at the time, DUI charges were dropped.