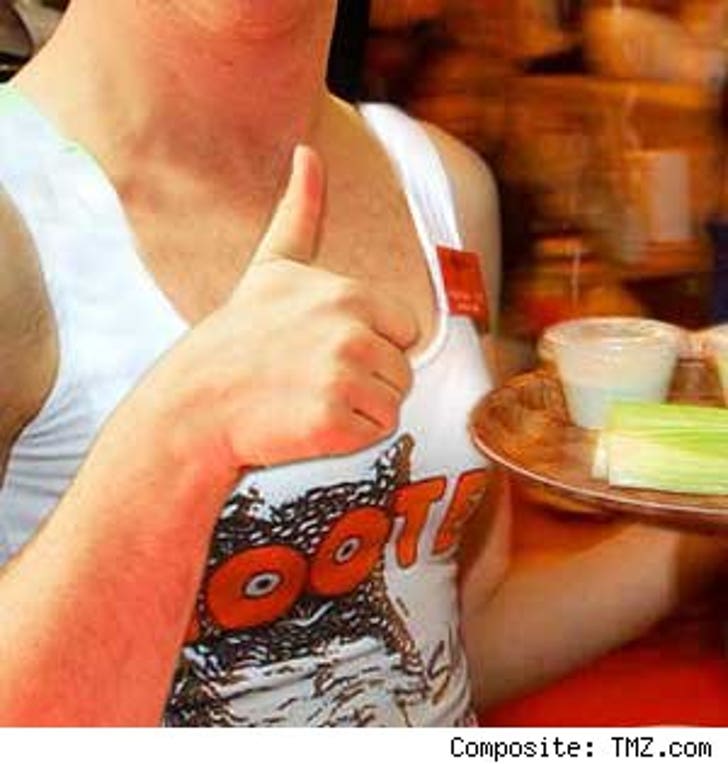 Some desperate men with a dream to serve hot wings and wear short-shorts are suing the people behind Hooters -- because the man-haven wouldn't hire the dudes as waitresses!

These dumbasses -- led by some d-bag named Nikolai Grushevski -- have filed a class-action suit in Texas alleging they were each "denied a waiter's position because of ... gender." No s**t?!!?!!

Anyway, the guys -- who we'll call "the ruiners of all things good" -- are claiming the Southwest Airlines defense, citing a three-decade-old case where the airline was forced eventually to hire male flight attendants.

The guys are asking the court for emotional damages -- but we thought you had to have those before getting a job at Hooters!

Mike McNeil, the VP of Marketing for Hooters of America, tells TMZ, "This move of course begs the question, why would a man want to be a Hooters Girl? In our opinion, he doesn't and he is simply looking for an opportunity to be the lead plaintiff in a class action lawsuit so he can try and make some money without working for it."