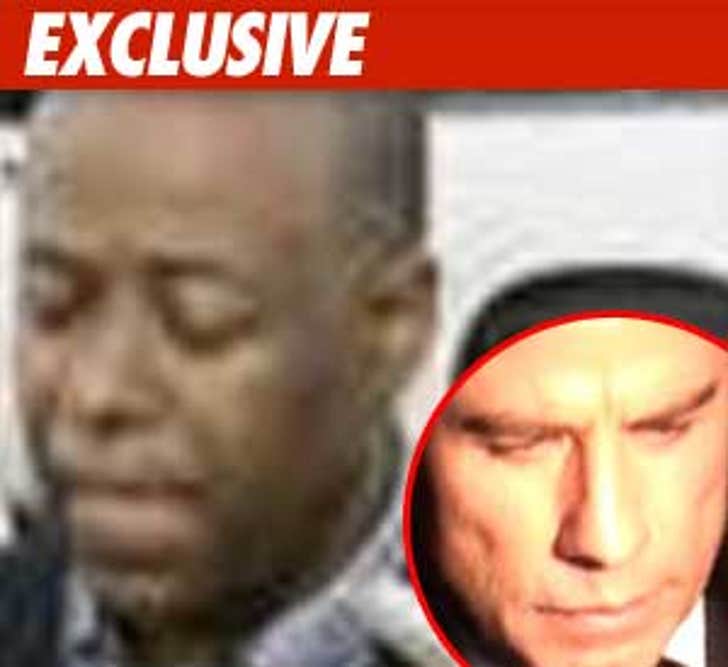 UPDATE 11:35 PM ET -- After being detained earlier in the day, Wilchcombe was released pending further investigation. Sen. Pleasant Bridgewater was charged with abetment to extort and conspiracy to extort and released Friday on $40,000 bail. Lightbourne remained in police custody.

UPDATE 6:52 PM ET --
A police official tells TMZ Wilchcombe was initially brought to the police station under the pretext of helping authorities crack the case, but is now "implicated" in the alleged extortion plot -- that's why he's currently in custody.

We've learned...Obie Wilchcombe, the former Minister of Tourism, was one of three people in the Bahamas who was arrested by Bahamian police in connection with an alleged $20 million extortion plot against John Travolta, local authorities tell TMZ.

Wilchcombe was a very close friend of the Travolta family. On Larry King's show, he talked about how the family was coping with Jett's death.

Just yesterday, he told the media, "I thought it was a despicable act. One person should not destroy the character of the country."

On Larry King's show, Wilchcombe talked about the intimate details of the funeral home and the cremation, etc.

Wilchcombe has said no politician was part of the plot and said only one person was involved. Yet two of the three people arrested were politicians -- Wilchcombe, a Senator in Parliament named Pleasant Bridgewater and an ambulance driver named Tarino Lightbourne. Lightbourne reportedly was one of the EMTs who tried to revive Jett.

Wilchcombe is a current member of Parliament.

The videos below show Wilchcombe calling into "Larry King Live" on the day Jett died and Lightbourne doing an interview with "Inside Edition" the next week.