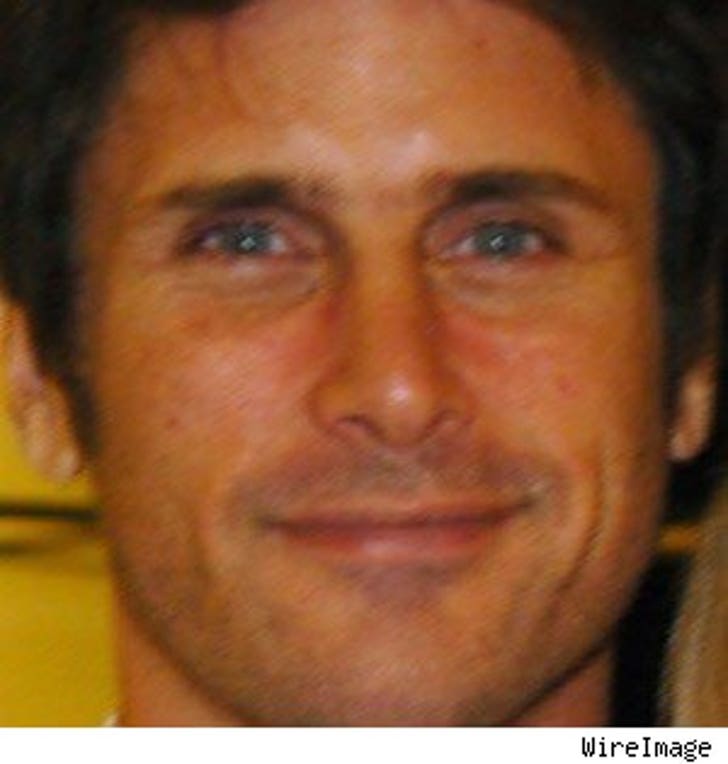 When is the gift of playground equipment disgustingly creepy? When the former actor who made the donation was busted for allegedly exposing himself at the exact same park a few years prior.

Justin F. Lazard -- who appeared in hit movies like "Species 2" and "The Giving Tree" -- gifted $28,000 in equipment to Library Park in Lakeport, CA, which had its ribbon cutting ceremony last week.

Problem is, Lazard is the same guy who was tasered by cops in a 2006 incident, in which he was allegedly sitting on a railing at Library Park pleasuring himself with his genitals exposed, according to the Lake County News.

Cops told the LCN that when they approached Lazard, he refused to stop doing what he was doing and then actually began fighting with the fuzz.

Lazard faces one count of annoying/molesting and one count indecent exposure. The trial begins in March. Lazard faces up to a year in jail if convicted, and he'll have to register as a sex offender.

The creepiest part? The park's plaque, which reads, "This playground is dedicated to the children of Lakeport, CA, Creating Childhood Memories. Donate by Justin Lazard 2008."