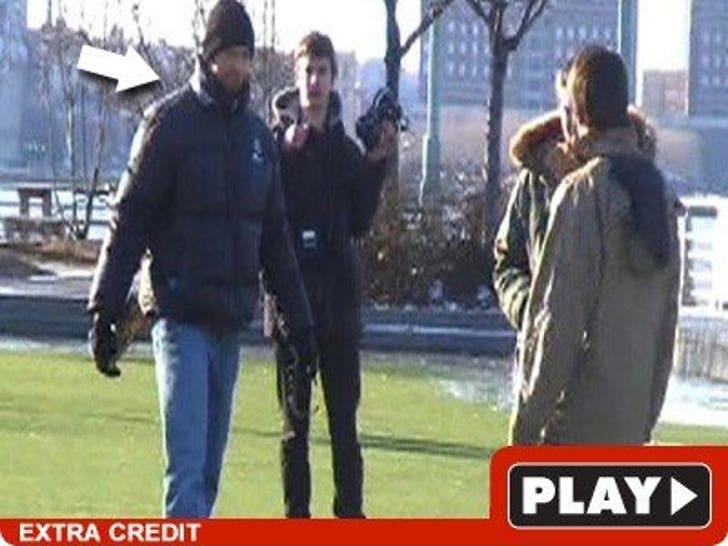 Jackman was in New York this weekend, minding his own business in a local park, when a couple of kids from the NYC Film Academy guys recruited him for their student film.

We assume they did better than Baz Luhrmann.