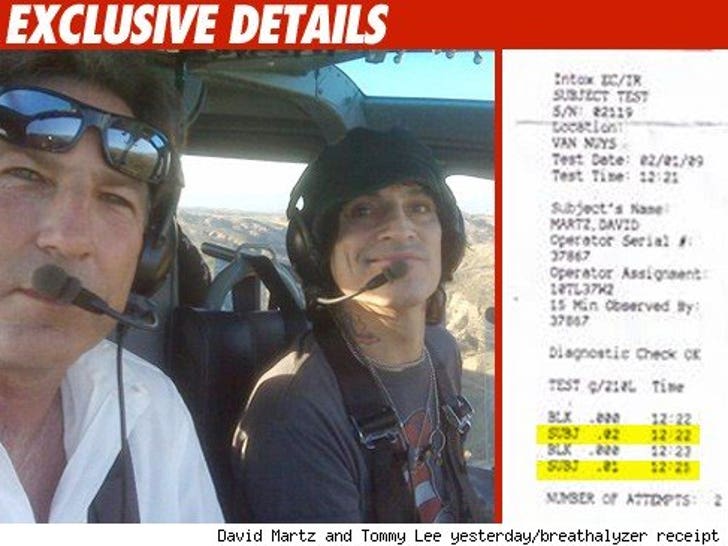 Turns out the helicopter pilot who allegedly flew Tommy Lee dangerously close to an LAPD chopper yesterday had a "celebration drink" with T.L. after landing. What's more, he has a history of wild flying... and Tommy Lee has a history of being his passenger! 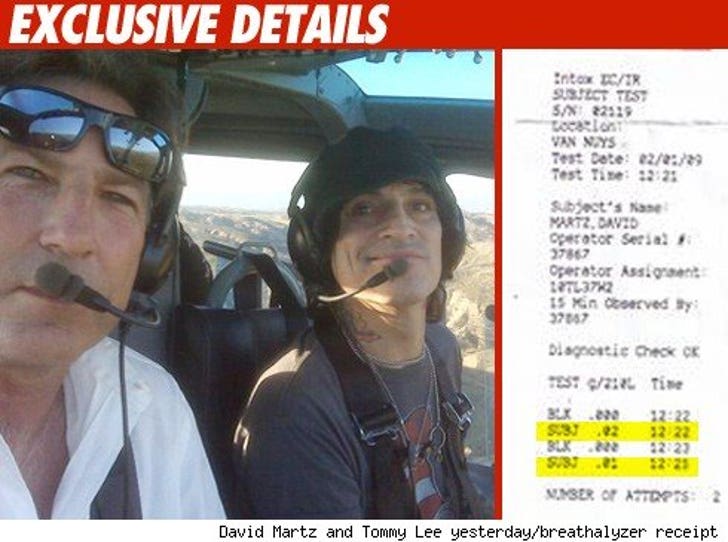 Pilot David Martz was actually charged with reckless operation of an aircraft in 2006 after landing his bird in a residential neighborhood in the Hollywood Hills. The pilot picked up Tommy Lee and two other passengers and they went to a Nine Inch Nails concert in Orange County.

As we first reported, the LAPD forced a chopper to land at the Van Nuys Airport yesterday after it flew under and too close to an LAPD helicopter. Pilot Martz was flying Tommy Lee around. We're told after the chopper landed, Tommy Lee disappeared and by the time cops got to the airport to interview the pilot, he had been drinking vodka. We're told LAPD took Martz to the cop shop for a blood alcohol test, which proved inconclusive.

Check out this photo the pilot gave us yesterday, showing him and Tommy Lee cruising back from Palm Springs yesterday afternoon, shortly before they were ordered to land. Martz says when they landed he and Tommy had a "celebration drink." Martz says when he was taken to the station for a breathalyzer, he blew a .01 and a .02. Martz gave us a copy of the breathalyzer receipt.

The FAA is investigating the incident.