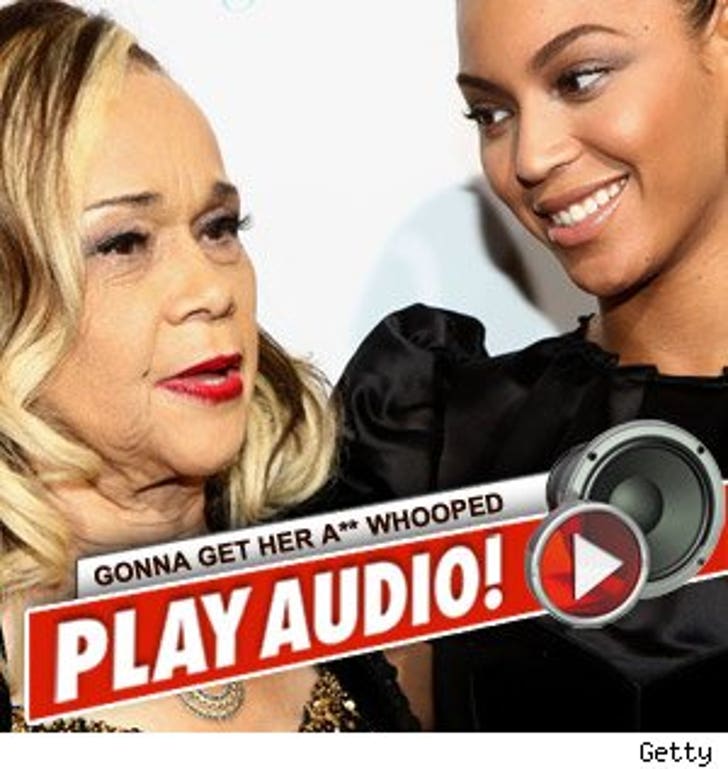 This is not a joke: 71-year-old Etta James actually threatened to beat the crap out of Beyoncé Knowles -- and it's caught all on tape!

The war is all over Etta's song, "At Last " -- Beyoncé sang the tune at Obama's 1st Inauguration Ball on Jan. 20th ... but last week at a concert in Seattle, James was still pissed.

While on stage, Etta told the crowd, "Your President, the one with the big ears ... he had that woman singing my song. She gone get her ass whipped."

She continued, "The great Beyoncé ... I can't stand Beyoncé," according to audio from Crown City Media.

Ironically Etta didn't kick up this sorta fuss when Beyoncé portrayed her in "Cadillac Records."