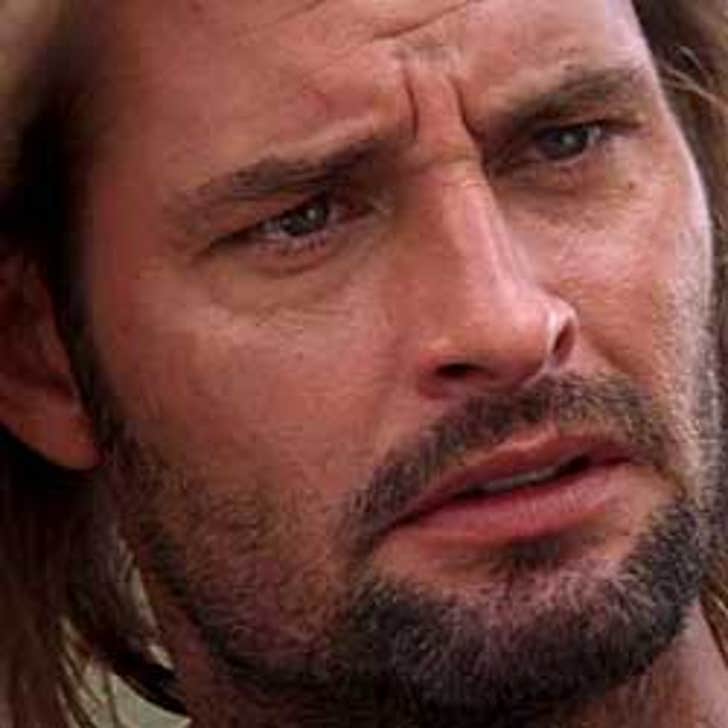 Hey everybody, Daniel here and after a long, protracted contract negotiation (kidding) ... welcome back to another edition of the "Lost" Diary.

Here's a thought I had the other day that proves I am not all there:

If you were contemplating suicide – I mean REALLY contemplating it – would you factor in that you would never find out what happened on "Lost" into your pros/cons list? I mean, if I were really on the edge and about to end it all, I'd have to try and hang on for another year or so til "Lost" ends.

Sometimes I have too much time on my hands.

Anyway, for all you "Lost" Diary newbies, here's how it goes: I gather with a group of friends watching "Lost," writing what happens on the show as it happens, and throwing in my two cents along the way. I've decided to quarantine myself tonight and watch "Lost" by myself – I didn't want to risk exposing Ari and Lauren to the Ebola/E. coli/E. leprosy disease I seem to have contracted. Let's roll:

9:00 -- If I am ever in a car crash or shot by a gunman or something, I hope I hear a voice that says "Previously on Daniel" before my life flashes before my eyes.
9:01 -- The 180 I've done on Kate is now full fledged -- every time she comes on screen, my ears bleed. Figures the whole "Kate is Aaron's son" idea was hers.

9:03 -- I hope we learn this week that Sun sent the lawyers to scare Kate. It's pretty obvious it was her.

9:04 -- Sun gets secret files in the mail and a box of chocolates with a gun. I hate the ones with coconut in the middle, so I imagine the gun-filled ones don't taste very good either.

9:10 -- Why did Kate go and see the lawyer who was trying to do a paternity test on Aaron? I thought she was going on the run.

9:14 -- Apparently Jack was suspended for all the pill-popping. Makes sense.

9:17 -- Sayid just strangled a guy with his own IV tube. Let's see Jason Bourne do that!

(1/3 of the way through the show -- has anything really happened?)

9:22 -- Coming this fall to ABC -- he spent his entire life on a magical island being bossed around by a ghost. And he's an Iraqi torturer trying to find his way in the big city. They're "Ben & Sayid." Part of an all-new TGIFridays on ABC.

9:25 -- Here's a thought -- that light that is coming up from the ground reminds me of when the light that came up from the hatch back in season 1. Now I hear -- and forgive me if I'm way off here -- the sound of Claire screaming. Is it possible the "when" they are is season 1?

9:31 -- I don't want to try and inject logic or anything here, but instead of asking Kate what's wrong with her, maybe Jack should mention there are trained assassins after her. Just a thought.

9:32 -- What percentage of this season has been spent listening to people talk while they walk? It's like I'm watching "The West Wing" or something.

9:34 -- Miles and Faraday have a nice little conversation about time spent on the island -- for those of you that think Miles is the son of Dr. Candle, that conversation should make you/us feel good.

9:35 -- Something about boats and airlines and Vegas.

9:36 -- The crew of the SS Minoe is being shot at by some random people. The only thing that could possibly save them now is ...

9:37 -- Another flash. How convenient. I am actually getting angry now.

9:38 -- The woman that wants Aaron back is Claire's mother. Has it ever been explained how she woke up out of the coma?

9:44 -- Jack thinks he can talk Claire's mom out of taking back Aaron. What are the odds he goes inside that hotel, convinces Claire's mom, but when he comes out, Kate is gone?

An average or even downright awful episode "Lost" can often be redeemed by a moment or two -- one scene is sometimes all it takes. There have been a couple of good moments this season, but none worthy enough to redeem much of what has gone on this year.

I'll take it a step further – let's say someone asked you, "What has happened this season on 'Lost'?" What would your answer be? Here's mine:

"The island keeps skipping through time and the Oceanic Six are slowly reuniting to go back to the island."

Did I miss anything?

In going back to my Prince/"Lost" fan analogy, I am sure I will get several "Daniel you're just hating" emails/comments over the next week. What can I tell you? I flat out have not liked any of the episodes so far. Does it change my feeling of "Lost" as a whole? No -- still love the show, still gonna obsess about it, still gonna write about it.

AND ANOTHER THING!!! Look, I think we all knew Jin was going to still be alive, but it's still stupid. He was on board of a freighter that exploded ... and lived. I know "Lost" is not exactly steeped in reality here, but this irks me.

BUT!!! I love the idea of a young Danielle. It will be interesting to see how long Jin gets to hang with her before the island CONVENIENTLY skips again, but it could be educational.

AND!!! This episode wasn't about Prince at all. Liars!

Anyway, I give this episode a D-. The writing has been poor, nothing has been happening, and I can't find anything redeeming about this season so far.

So here's my question – you know how I feel about "Lost" this season, can you convince me otherwise?