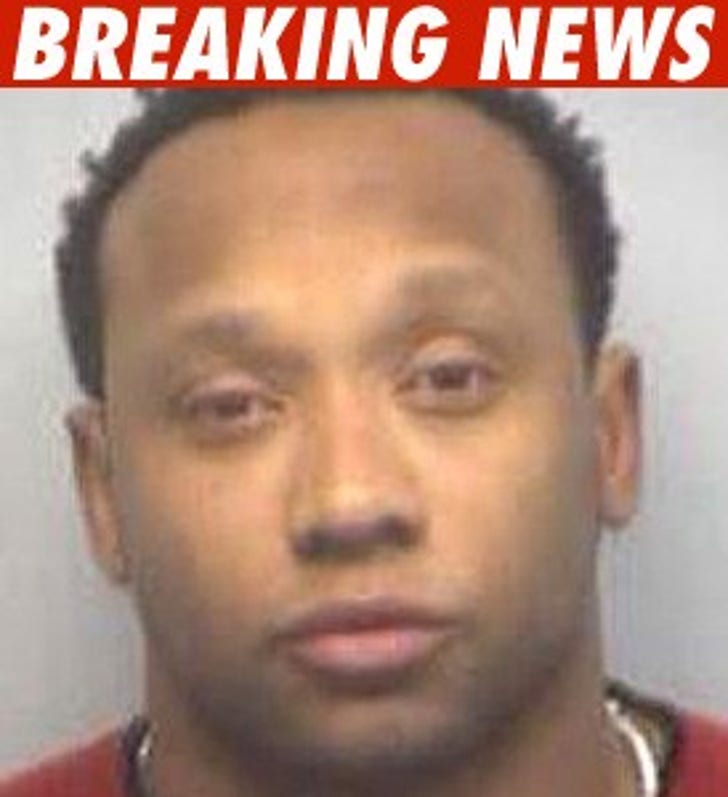 Another former Falcon's behind bars -- this time it's a running back.

Jamal Anderson, the former superstar who invented the "Dirty Bird" endzone dance, was busted at an Atlanta area tavern last night and charged with felony possession of cocaine and misdemeanor possession of marijuana

Cops say they found some powdered coke and a joint on Anderson's person, and whisked him off to Fulton County jail.

Anderson has a hearing set for Monday morning.

UPDATE: TMZ has learned former Atlanta Falcons running back Jamal Anderson was busted inside a bathroom stall -- with another -- at the Peachtree Tavern after a patron heard someone making a "snorting noise."

The patron reported the "noise" to a bar security guard -- who happened to be an off-duty Atlanta Police Officer.

The Atlanta PD tells TMZ the security guard went into the bathroom to investigate when he heard the suspicious noise. We're told the guard then popped over the top of the stall and claims to have seen Anderson and another man doing lines of coke off the toilet tank. He immediately arrested both men.