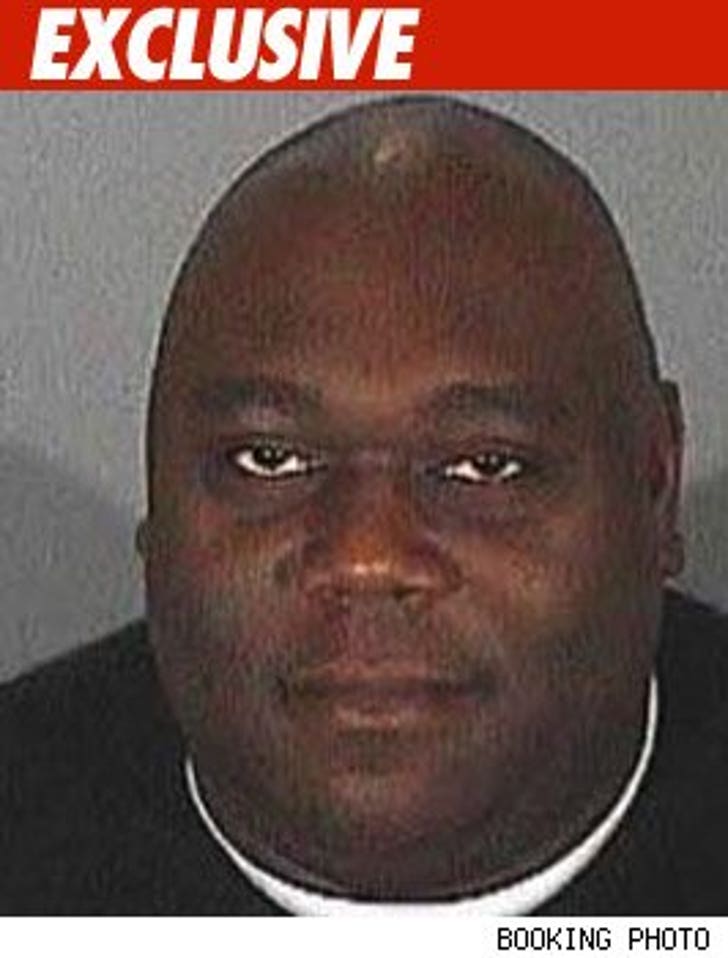 Faizon Love has been booked on one count felony assault for allegedly socking some dude in the face after being rejected from a nightclub.

Law enforcement sources say Love -- who played Big Worm in "Friday" -- allegedly became enraged after being rejected by a woman at the door of the nightclub inside the Standard Hotel in L.A.

Sources say a shouting match broke out between Faizon and some girls outside the hotel -- and Faizon allegedly socked a random dude who was standing next to them.

UPDATE: Love posted bail and was released around 1pm. We got him taking off in style -- in a black limo.