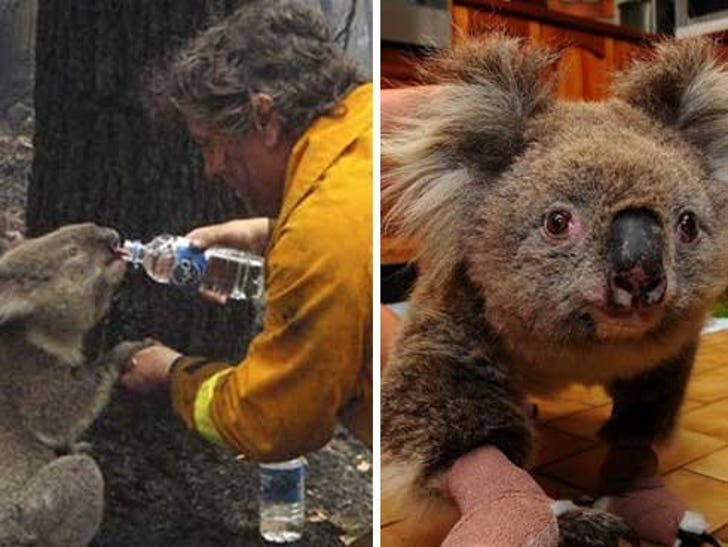 We officially apologize for poking fun at Sam, the koala rescued from the fires in the Australian wilderness. Sam was photographed drinking bottled water and we made a joke....and it was out of line. 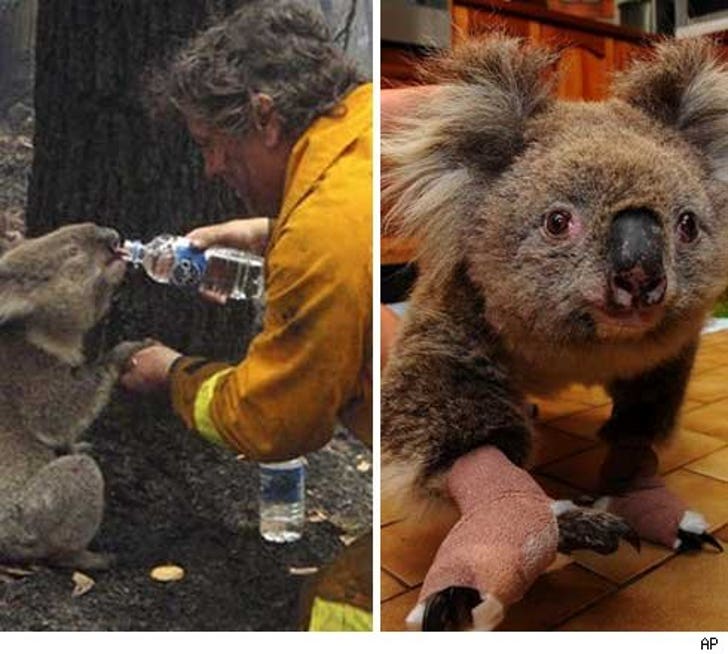 Turns out lil' Sam suffered burned paws and was taken to the Mountain Ash Wildlife Shelter -- nothing funny about that. But since she's been at the shelter, Sam has drawn the attention of a male koala named Bob. The two are now said to be inseparable.

We made a joke about Sam drinking bottled water and then going to pilates and eating sushi. Bad joke, bad us.