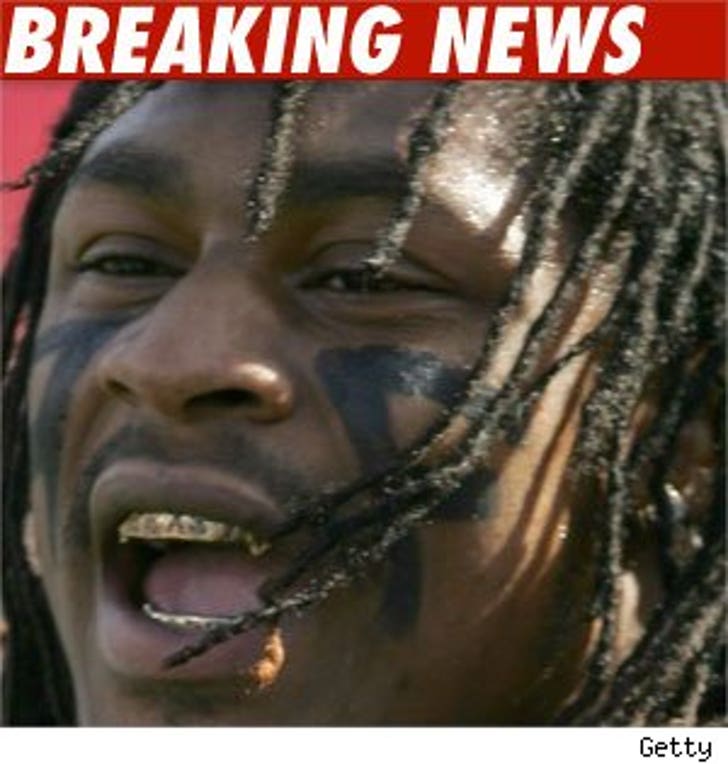 Buffalo Bills running back Marshawn Lynch -- who just played in the Pro Bowl last week -- was arrested on Wednesday in Culver City, Cal. for allegedly packing some serious heat.

Culver City cops say they found Lynch and two other males sitting in a 2006 Mercedes Benz -- and a "subsequent field investigation led to the discovery of a loaded firearm... The officers determined the gun belonged to Lynch." The type of gun has not been released.

Marshawn was arrested for felony possession of a concealed firearm and was released on $35,000 bond.

UPDATE: 3/5/09 -- Lynch pled quilty to a misdemeanor charge of carrying a firearm in his vehicle. He was given 80 hours community service and 3 years probation.