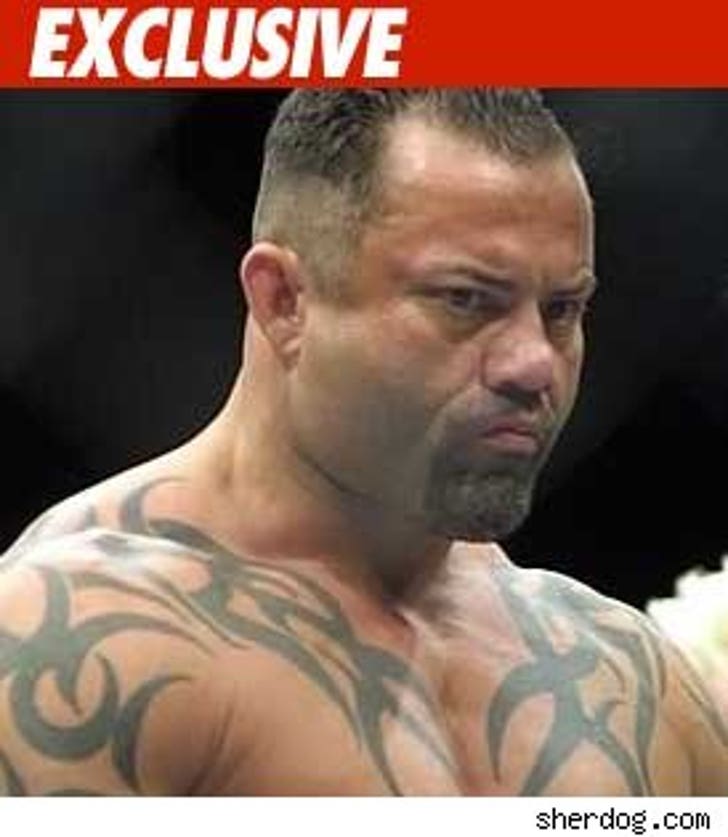 He's kicked the crap out of all sorts of UFC fighters, but now Kimo Leopoldo is battling a serious drug charge.

TMZ has learned the famously tatted MMA badboy was arrested by Tustin police Monday afternoon after they spotted the 6'3", 235 lb fighter wearing a Long Beach Police Dept. jumpsuit, complete with patches and a cloth badge -- a badge only cops are allowed to wear. The officers -- the real officers -- then searched Kimo's ride, where they claim to have found "a small amount of what is believed to be meth."

Kimo, who famously lost to Royce Gracie in UFC 3, was charged with possession of a controlled substance and is still in police custody. Cops say there will also be an investigation into where the 41-year-old got his hands on the LBPD gear.