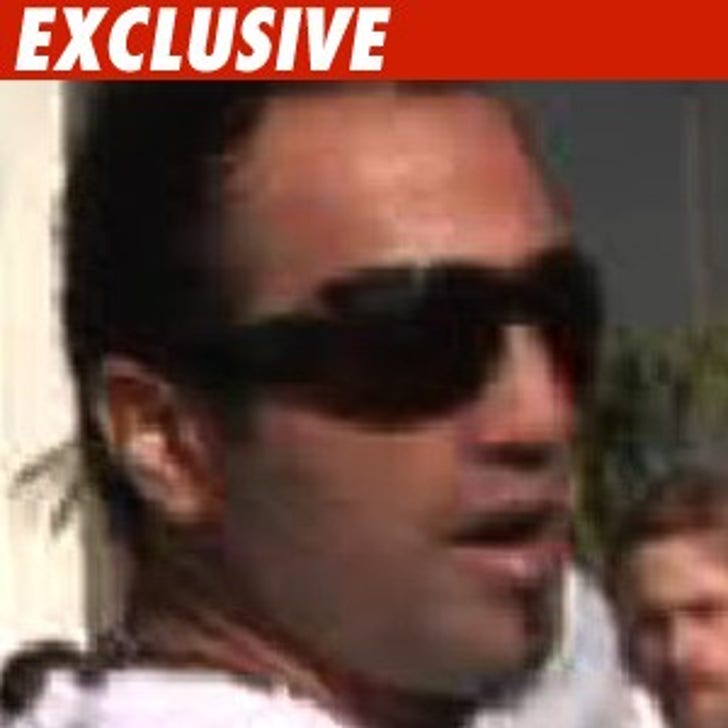 Adnan Ghalib -- the papper/ex-BF of Britney Spears -- has been charged with three felonies for allegedly smashing his car into a process server earlier this month ... and there's a warrant out for his arrest.

The L.A. County District Attorney has charged Adnan with assault with a deadly weapon, battery, and hit and run -- all felonies.

Ghalib allegedly hit a man with his car in an alley back on February 11. The man was reportedly trying to serve Adnan with legal papers on behalf of Britney Spears.

One law enforcement source says Ghalib allegedly hit the dude, who landed on the hood, and then continued driving.

The server jumped on the hood of Ghalib's Mercedes to avoid being pinned against a trash truck.

Cops and paramedics were called. The victim broke his wrist and suffered cuts and bruises.

Prosecutors are asking for bail set at $110,000. If convicted, Ghalib could get seven years in prison.