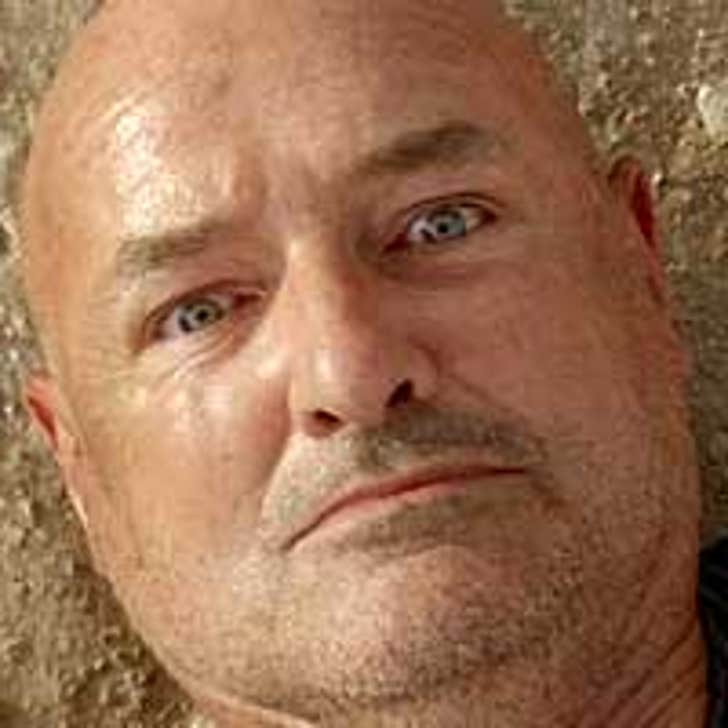 It's Daniel from TMZ here, welcome back to another edition of the "Lost" Diary.

I've written several times about how there are certain instances when I am more excited for "Lost" than others -- a season premiere, a season finale, the episode after a great episode, and the episode after a bad episode. I am officially adding a new one to the list -- when the title of the episode just sounds cool. You can't tell me when you looked at the channel guide and saw "The Life and Death of Jeremy Bentham" you didn't go, "Oooooh, this is gonna be good."

For all you "Lost" Diary newbies, here's how it goes: I gather with a group of friends watching "Lost," writing what happens on the show as it happens, and throwing in my two cents along the way. Back at Ari's house tonight with Lauren and Marisa. Let's roll ...

9:00 -- Interesting. We're starting with the guy from the airport last week. I knew we weren't done with him. Friend of Mr. Bentham, perhaps?

9:07 -- We're on the beach and John is talking with Alana. Caesar and Alana are like an ethnic Jack and Kate.

9:09 -- Ok, now it's flashback time. I could do without Locke puking, but whatever. I would imagine off the island Locke can't walk ... again.

9:10 -- Yup, he's still laying there. That is, until the terrorists from the beginning of "Back to the Future" come and grab him.

9:13 -- And now it's Charles Widmore. Is there anyone NOT in this episode?

9:14 -- Widmore tells Locke they met when hewas just 17 and, eventually, Widmire became leader of the Others (aka his people). Widmore was exiled by Ben and that's how Ben took over.

9:15 -- "There's a war coming, John. And if you're not back on the island when that happens, the wrong side is going to win." -- Widmore. Alright, you really have to ask yourself right now -- WHO is the bad guy in all this? Is it really Widmore?

9:20 -- If I get more than five minutes of Abaddon time tonight, I am going to be thrilled.

9:22 -- Locke's first destination is Santo Domingo and I am guessing, based on the photo from before, he is going for Sayid first.

9:23 -- Sayid, understandably, is not interested in going back. I am willing to guess Locke is going to be hearing a lot of that in this episode.

9:24 -- Yup, apparently they are bringing everyone back tonight -- it's Walt.

9:25 -- Walt has been having dreams about Locke, wearing a suit, and surrounded by people who want to hurt him. Foreshadowing?

9:28 -- Ben is following Locke around. No one lurks better than Ben.

9:33 -- Locke sucks at this whole "getting people to want to come back to the island with him" thing.

9:49 -- There is no way I'd hang myself if I decided to end it all. After a lengthy debate, we've all decided the "carbon monoxide thing" is the way to go. Yes, we just had a minute-long debate about the best way to kill oneself.

9:52 -- Something just occurred to me after listening to Ben ramble on -- the only reason why we know/think Locke committed suicide is because Ben and Mrs. Hawking told us that. Not exactly the most trustworthy people, are they?

10:01 -- Ben is working diligently to make Locke's death look like a suicide.

10:03 -- Caesar is telling John that some people (the O6) just flat out disappeared. Some, meanwhile "got hurt." Who will be among those injured? Gotta be someone shocking. I am going with either Ben or Desmond.

Ok -- I have a lot of things I want to go over, so here they are, in no particular order.

Why did Ben kill Locke and why did he kill him when he killed him?
Ben talked Locke out of killing himself, only to strangle him two minutes later. He seemed to flip the switch right when Locke mentioned Mrs. Hawking. Why? Ari and I debated this for like 30 minutes afterward and here are our two theories:

-- 1) Ben killed Locke because once he learned about Mrs. Hawking, he didn't need him anymore. I don't buy this theory for one reason -- I can't believe Ben didn't know who Mrs. Hawking was or what she was capable of doing. I just feel like he should have known that at that point. We don't know the full nature of Mrs. Hawking and Ben's relationship, so I guess it's possible.

-- 2) Ben killed Locke because he didn't want anyone to know who Mrs. Hawking was or what she was capable of. This is the one I like. Mrs. Hawking probably works in secret and very few people know of her. Once Ben found out Locke knew about her, he needed to "contain" it. The thing I don't like about this theory is this -- Ben is trying to contain the Mrs. Hawking thing (probably especially from Widmore). But Widmore and Mrs. Hawking were on the island together and probably have a kid together (Farraday). Can you tell I am beyond confused?

Bad vs. good vs. ... ?
So as I mentioned, I am wondering who is good and who is bad between Widmore and Ben. And somewhere along the line I thought of this -- Doesn't Locke's relationship with Widmore in this episode remind you of his relationship with his father? I am now totally operating under the theory that Widmore is screwing over Locke.

But then there is this -- Ben has tried to kill Locke twice now. So maybe the question isn't who is the good guy between Ben and Widmore -- but between Ben, Widmore and Locke?

John Locke is, as far as the island goes, the only good guy.

Oceanic Flight 815 vs. Ajira Airways Flight 316
I've also been thinking of the parallels between these two plane crashes. The O6 were on Ajira Airways Flight 316 for a reason -- to get back onto the island. Were the passengers of Oceanic Flight 815 on that particular flight for a reason -- besides fate? Was there someone in the background orchestrating this? Was the entire "purpose" of the Oceanic plane crash to bring Christian back to the island?

Minor prediction -- we'll get a pre-Oceanic Flight 815 flashback that explains a little more about that flight.

I give tonight's episode a B -- I really enjoyed it and I can understand how some people would like it more than last week's episode, but it wasn't as good for me. This feels like one of those episodes that will be good once we fill in a few more gaps.

Here is my question to you this week -- If you had to pick a side (think kickball) whose side would you go on: Ben or Widmore?