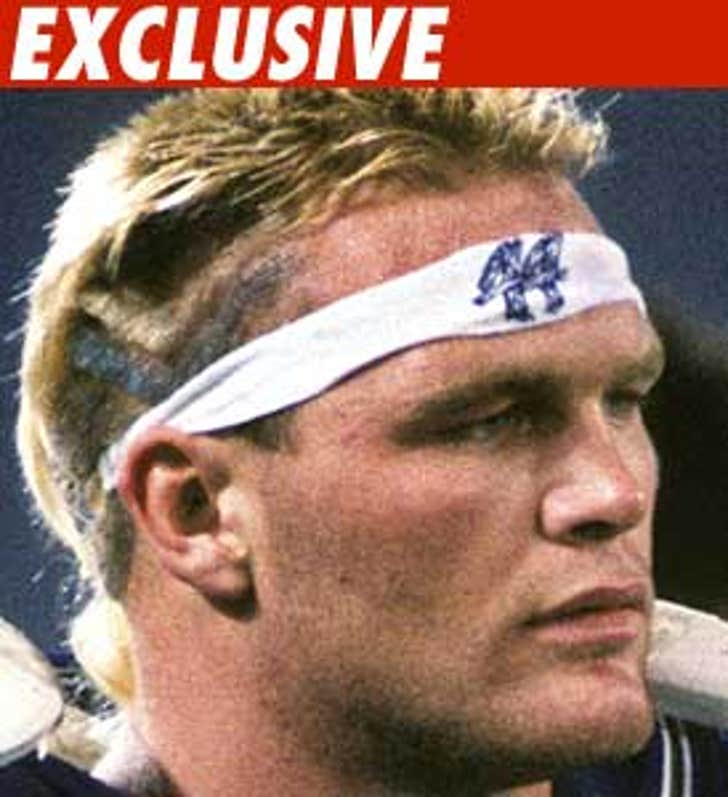 Former college football star -- and NFL bust -- Brian Bosworth was pulled over for a DUI last night ... on his Harley!

Cops pulled over The Boz on Hollywood Blvd. for not having a license plate on his bike, but detected alcohol on his breath. He failed the breathalyzer and was arrested and taken into custody at about 3:00 AM. We're told he was very cooperative.