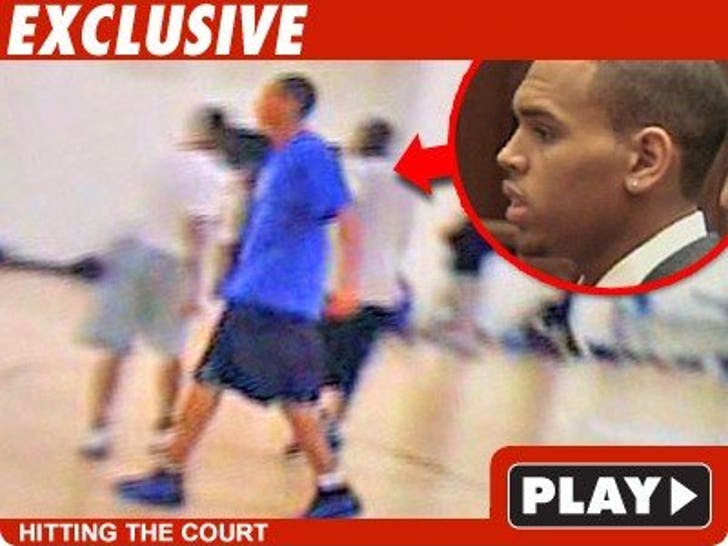 Chris Brown isn't letting a couple of felony charges get in the way of his game. We got video yesterday of Brown at Tyrese's apartment building in downtown L.A., shooting hoops on the indoor court. That's Chris in the blue. After the game Chris and company chowed down on pizza. 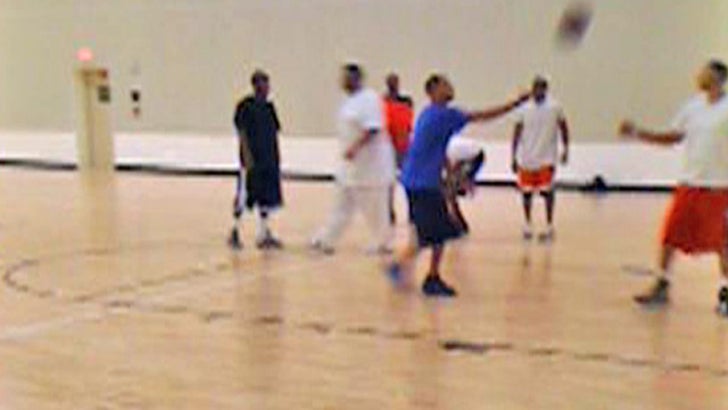 A Brown source tells us Chris was supposed to leave town after his court hearing on Thursday, but wanted to stay with Rihanna over the weekend. And, we're told, the feeling was mutual. As the source put it -- "They are together and very much in love."