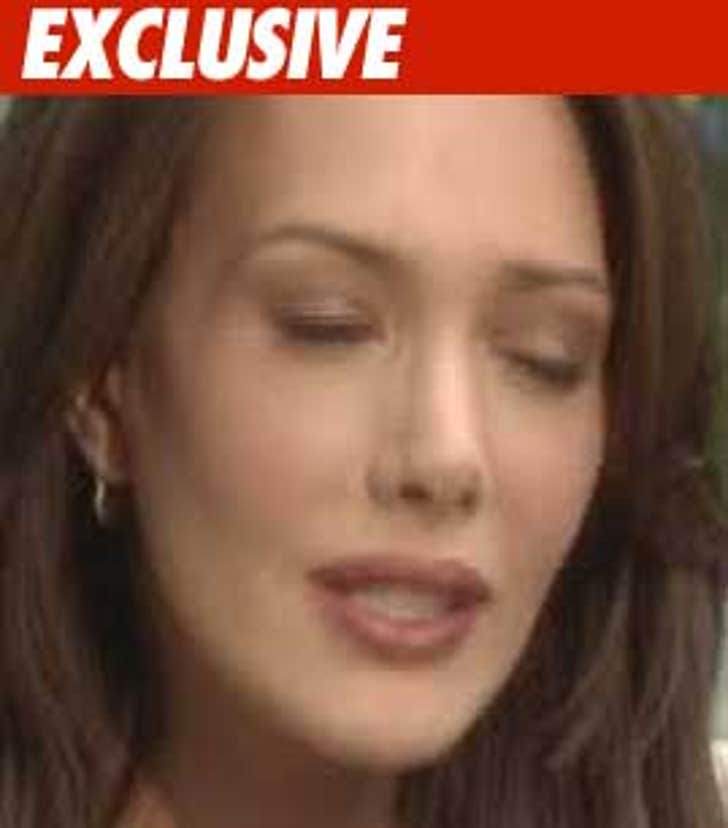 Hunter Tylo filed legal papers last year claiming her boyfriend abused her children -- but all is well now, at least according to her.

In the legal papers, filed in L.A. County Superior Court, Tylo claims her daughter told the family doctor that Corey Cofield was "yelling at her and her sister and hitting them with a belt." The daughter also says Corey made them do "excessive push ups," making them stay in push up position for 20 minutes.

Hunter also claims Corey once trapped her in her bedroom and grabbed her by the throat, "hard."

Corey denied all the allegations, but the judge granted the restraining order in May. In October Hunter had the order terminated, claiming he "has actively been taking parenting classes and has attended family and couple's therapy."