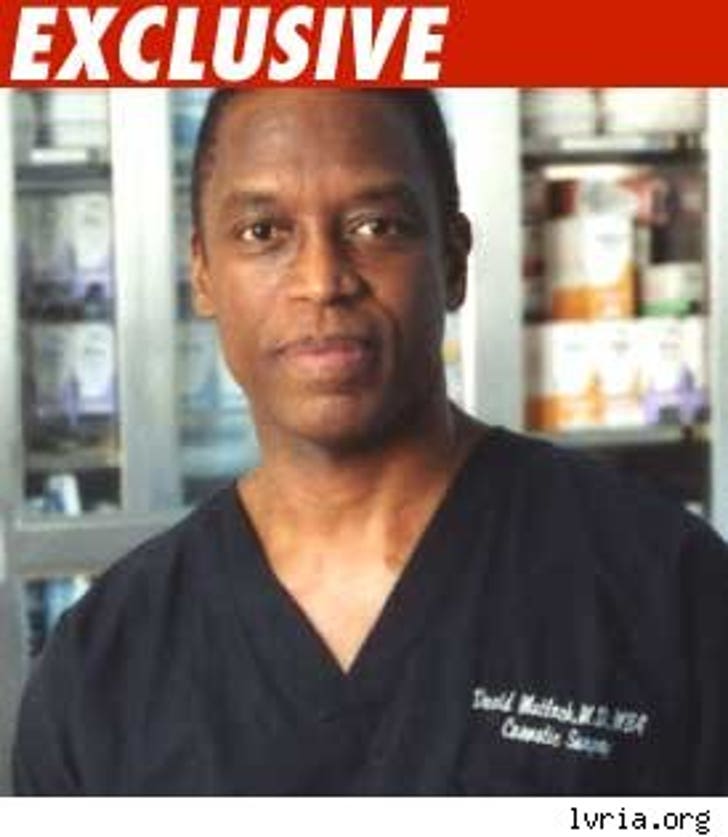 One of the doctors featured on the reality show "Dr. 90210" is being sued by a former patient who claims some very "personal" body parts were damaged during a procedure at the doc's Laser Vaginal Rejuvenation Institute of Los Angeles.

According to a lawsuit filed today in L.A. County Superior Court, Dr. David Matlock is being accused of causing Patricia D'Edgido to suffer "extreme and severe permanent personal injuries" after a 2007 surgery "on her buttocks and other areas of her body, including her arms and vaginal area."

Now Patricia is looking to snatch more than $25k for her troubles.

Calls to Dr. Matlock's peeps have not yet been returned.