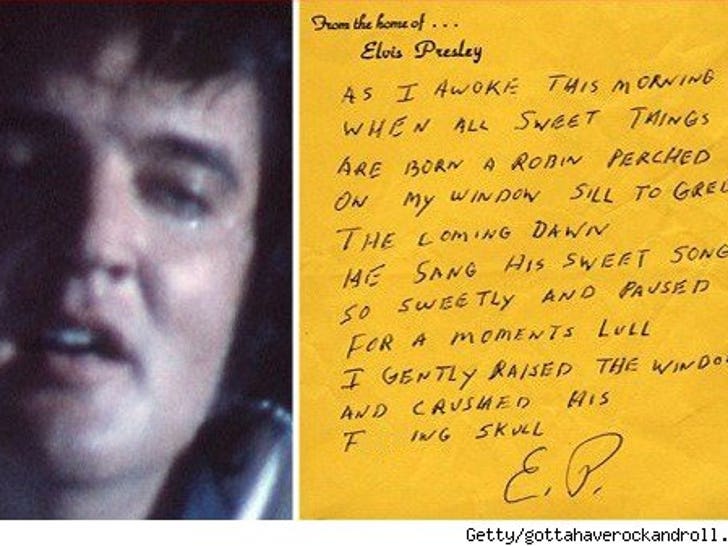 Like a mirror image of Elvis Presley's life, this poem written by the King of Rock 'n' Roll starts with promise and then ends in sudden, unforeseen tragedy. 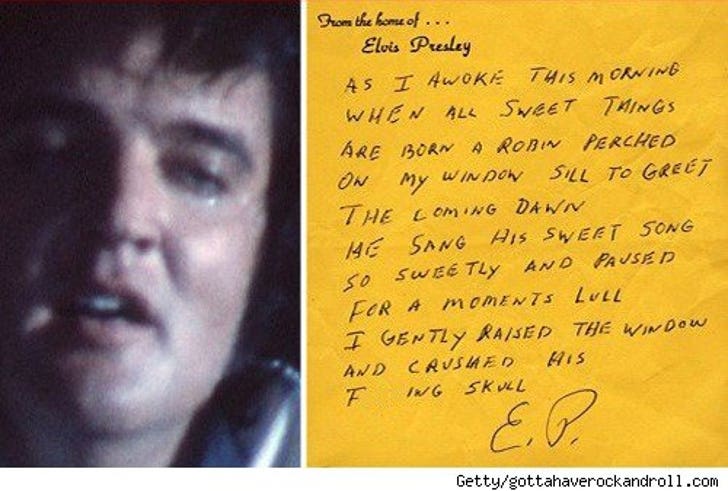 The handwritten poem -- which is part of the massive Elvis auction going on at gottahaverockandroll.com -- is called "Ode to a Robin," and was sometimes recited by Elvis on stage and at one point was used as the answering machine message at his home.

Presley's poem could be yours for a hunka, hunka change -- an estimated 4-5 thousand bucks.